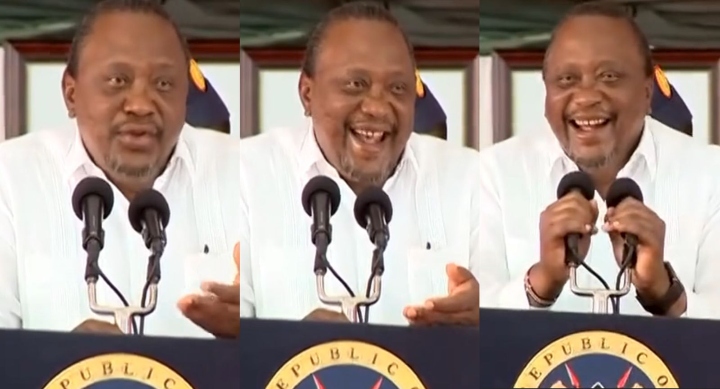 A woman in Nakuru forced President Uhuru Kenyatta to halt his speech for a few minutes after expressing her love for the Head of State.

The president was in Nakuru on Wednesday, July 27 where he recommissioned the rehabilitated 217-kilometre Nakuru Railway Station.

However, while delivering his speech, a woman in the gathering caught his attention after shouting;

The Head of State responded immediately, drawing cheers and laughter from members of the public present at the meeting.

“I love you too. Thank you,” Uhuru said.

President Uhuru blushes after being told 'I love you' pic.twitter.com/Z2SuNCM4pw

During the same event, Uhuru was forced to intervene after a woman tried to reach him but she was blocked by security officers.

He asked his security not to manhandle the youthful lady, promising to see her after the meeting.

“Kindly wait, I’ll hear what you have to say after this meeting. [Security guards], please don’t manhandle her. Please, sit down mum, I’ll accord you attention,” he said. 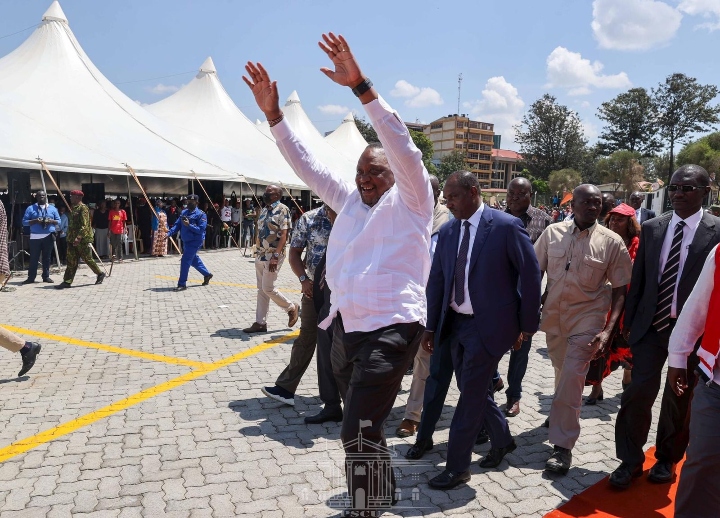 Elsewhere, comedian Eric Omondi recently recalled an interaction he had with President Uhuru Kenyatta years back.

In an Instagram post, the comic shared a TbT photo conversing with the Head of State, disclosing that he urged him to eat more.

The photo showed the president holding Eric by his shoulders while talking to him.

“I’ll never forget this day. It was May 13, 2018. The president held me by the shoulders, looked me straight in the eye, shook me thrice and said ‘kula bwana, mwili ni mifupa tupu

“That day I went home, got a meal plan and bought a gym. The rest is history,” Eric wrote.