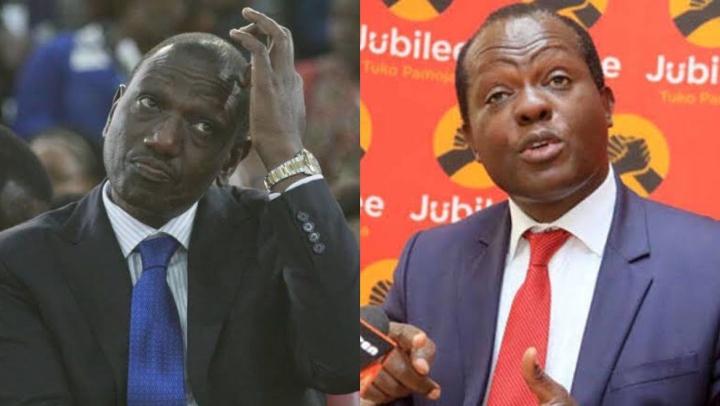 Speaking while appearing for an interview in JKL show on Citizen TV, the former Jubille Party Secretary General insisted that DP Ruto cannot be trusted with the leadership of the country.

Tuju insisted that DP Ruto was paid to support President Uhuru Kenyatta and given key Cabinet slots on top of the amount of money he was given.

He said the DP demanded to be paid to convince people from his community to vote for Uhuru.

“It was colossal amounts of money; an upfront payment, then the final payment was through grabbing certain ministries. Making sure that if he didn’t have the CS, he had the PS in Finance, Agriculture, Infrastructure ministries and then he went on a looting spree,” Tuju said.

Tuju also explained why he has decided to come out at this time; when Kenyans are preparing to vote for their next president.

“It is 12 days to an election and Kenyans need to know the truth… I don’t know why he (Ruto) thinks that the people from Central owe him anything because he was paid off. It was conditional on hi receiving this money and after that getting some key ministries,” he added.

He adds that the DP was also given key Cabinet slots. pic.twitter.com/gazytS813V

In a past interview with Inooro FM, the former Jubilee Secretary-General insisted that the DP treats politics as a business.

He also claimed that the DP had tried the same with ODM leader Raila Odinga but he was not able to meet the conditions.

“The DP before joining Uhuru had tried the same number on ODM. It’s only that ODM could not raise the money. For him, everything is about money and that is why he is deluded that everyone can be bought with money,” Tuju stated. 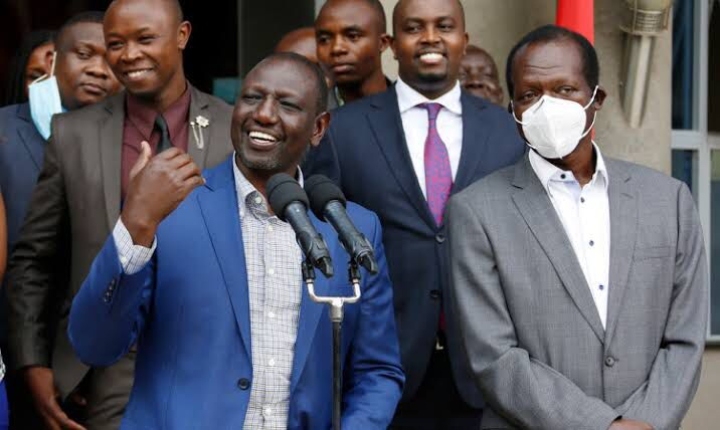