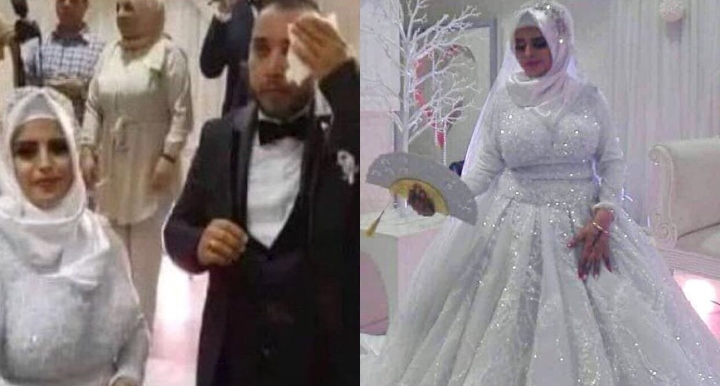 A groom was forced to cancel his wedding at the venue after his mother instructed him to dump the bride.

According to reports, the mother asked his son to dump his lover identified as Lamia Al-Labawi claiming she was too short and ugly.

It is said that the groom’s mother had not met the bride before and she was meeting her daughter-in-law for the first time at the wedding venue.

Although the mother had seen Lamia’s photos a day to the wedding, she was disappointed when she finally met the latter in person.

Reacting to the same, Lamia noted that she was surprised by her fiancé’s mother’s action, adding that the wedding preparations had costed her a lot.

The disappointed bride who turns out to be an orphan said she met the groom four years ago.

Photos from the wedding showed the Tunisian couple looking dapper with Lamia rocking a snow white gown while the groom wore a black suit. 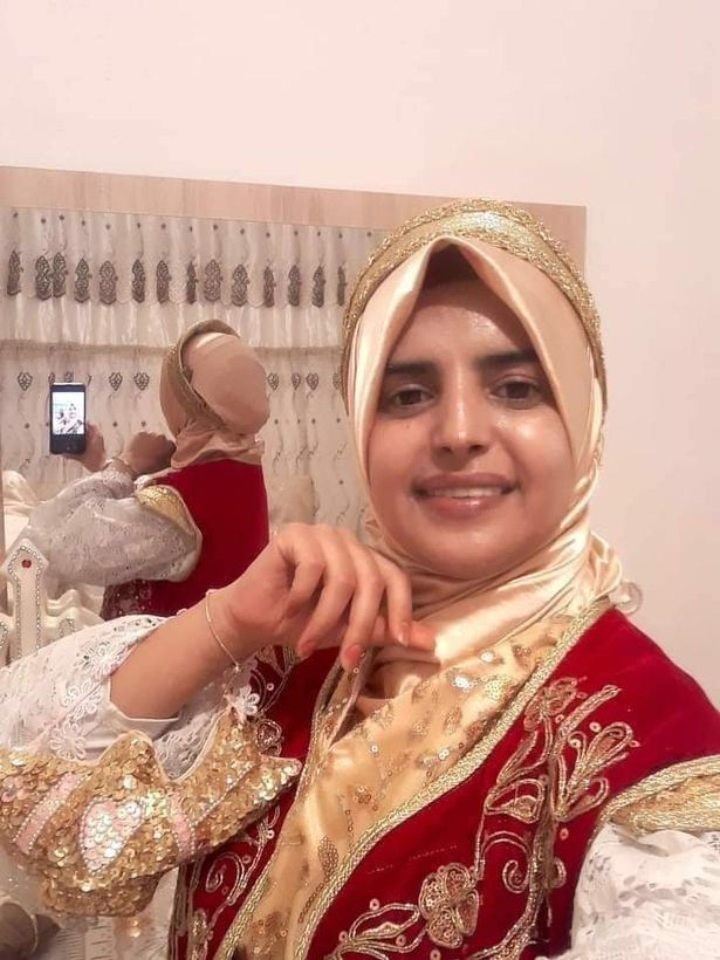 The story sparked reactions from netizens who sympathized with her and offered their support for the bride.

Assila Yakubu: I wonder the standard of beauty in the mother in law eyes cos her son look like a gaja he has notin going on for him no be say he tall or handsome.

Onyinye Agbah: This is one of the reasons why God said to only the man “leave your father and mother and cleave to your wife” because God knows it’s something the average woman can handle but kai!

Oluamachi Olivia: I want to see the mother’s picture especially when she was young.

Sechang Mboli: No na, this shouldn’t be. There should be a law to protect this kind of situation.

Moses Bisong: It’s really an unfortunate situation for the bride to be. However, I think marrying such a guy would be catastrophic as his mother would be the one running their home. He obviously a mummy’s boy!

Elsewhere, a couple in Molo, Nakuru County left their guests upset after holding a wedding ceremony without refreshments.

According to a report aired on NTV, the couple Mary Wairimu and Amos Mburu held a church wedding with only 30 guests in attendance.

Drama ensued later after locals could not spot any kitchen activities, or smoke anywhere around the wedding venue sparking outrage among them.

“We are used to finding food well prepared, rice and meat, but today we are seated here hungry and we will return home in empty stomachs, everyone will eat at their homes,” one local told NTV.

In his defense, the groom, Amos, said he wished people could attend his wedding but due to COVID-19 it was impossible.

READ ALSO: WATCH: Uhuru Blushes as Nakuru Woman Tells Him ‘I Love You’

“We had to respect the guidelines. For those unable to come we ask for your forgiveness but we would have wanted you to be here but it was impossible,” the groom said.