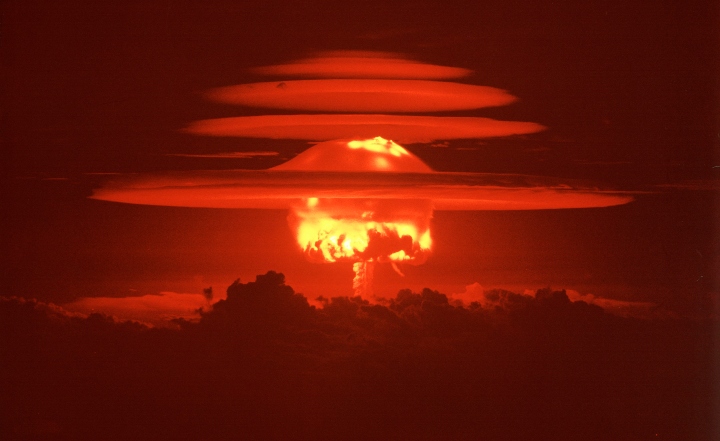 A nuclear weapon is a device that uses a nuclear reaction to create an explosion and it may occur with or without a few minutes warning.

Talks of imminent nuclear attack have become common across the world in the past few days in the wake of the ongoing war pitting Russia and Ukraine.

It remains unclear if Putin will actually use nuclear weapons even as the right continue to intensify.

What is a nuclear attack?

A nuclear weapon is a device that uses a nuclear reaction to create an explosion and it may occur with or without a few minutes warning.

Nuclear devices range from a small portable device carried by an individual to a weapon carried by a missile.

Nuclear explosions can cause significant damage and casualties from blast, heat, and radiation but you can keep your family safe by knowing what to do and being prepared if it occurs.

How to stay safe during a nuclear attack

In case of a nuclear attack, the United States Government advised that it is wise to get inside the nearest building in order to avoid radiation.

It is advised to say in the middle of larger buildings or in the basement.

You should avoid outdoor areas, vehicles and mobile homes. 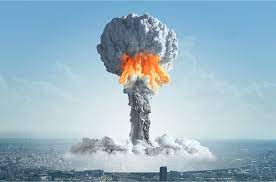 What to do after a nuclear attack

If the attack happens while you are outside, you are required to remove the contaminated clothing and wash exposed skin as fast as possible.

You will then be required to get to the basement of the building or stay in the middle of the building and maintain a distance of at least six feet between yourself and people who were not affected by the attack.

It is also advisable to wear a mask in such cases.

You will then be required to stay indoors for at least 24 hours while at the same time social distancing from people who were not affected by the attack.

Impacts of a nuclear attack

Bright flash can cause temporary blindness for less than a minute.

Blastwave can cause death, injury, and damage to structures several miles out from the blast.

An electromagnetic pulse (EMP) can damage electrical power equipment and electronics several miles out from the detonation and cause temporary disruptions further out.

Fallout is radioactive, visible dirt and debris raining down from several miles up that can cause sickness to those who are outside.

Radiation can damage cells of the body. Large exposures can cause radiation sickness.

Fire and heat can cause death, burn injuries, and damage to structures several miles out.

Antonov AN-225 Mriya: World’s Largest Cargo Plane Destroyed by Russia Near Kyiv
Fact Check: Circulating Video of a Purpoted Mermaid in Kwale is Fake
To Top