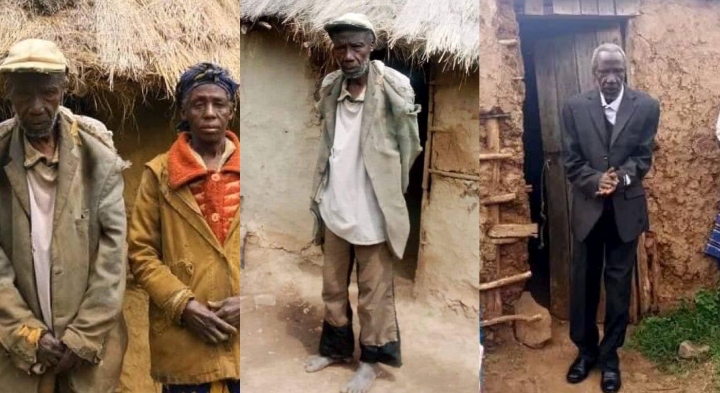 In an update on Facebook, police officer Sammy Ngare first shared a photo of the man holding a microphone while wearing worn out clothes.

The old man was also walking barefooted at the time the photo was taken.

Captioning the photo, Ngare asked Kenyans to come together and raise funds to better the life of the man who has since been identified as Mzee John Kiplagat.

“If you know where I can get this old man, nielekeze. I can send someone ampelekee some clothes. I don’t care politically all mrengo gani. I remember kuna siku my dad aliwahi valia hivi juu haruwa na kitu chochote,” Ngare wrote.

The officer later shared photos of a mud-walled house and a grass hatched kitchen where Mzee Kiplagat and a woman believed to be his wife stayed.

Sadly, despite having a roof above their heads, they lacked basic things such as beddings and furnitures. 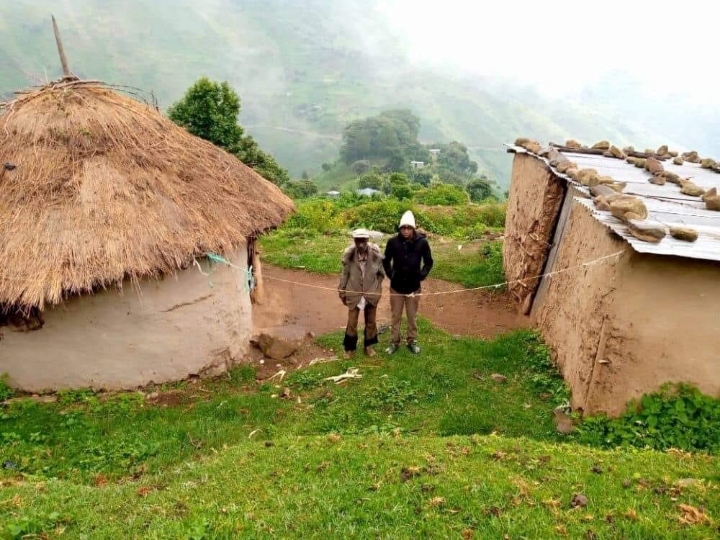 It appears that the old man stays at the house with his wife since all his daughters have been married, his sons are at home but are all said to be engaging in heavy indulgence of alcohol.

Following his plea to Kenyans, lawyer Kipkorir briefed about the same and offered to build a two-roomed house for Mzee Kiplagat and his wife.

The lawyer directed Ngare to get a quotation of the said house and brief him as soon as possible.

“I sleep a happy officer. My good friend Donald B. Kipkorir ameingilia hii story. This is a birthday gift from Don. God bless you wakili. My team will visit the area then we get a quotation ya two roomed house,” Sammy Ngare said.