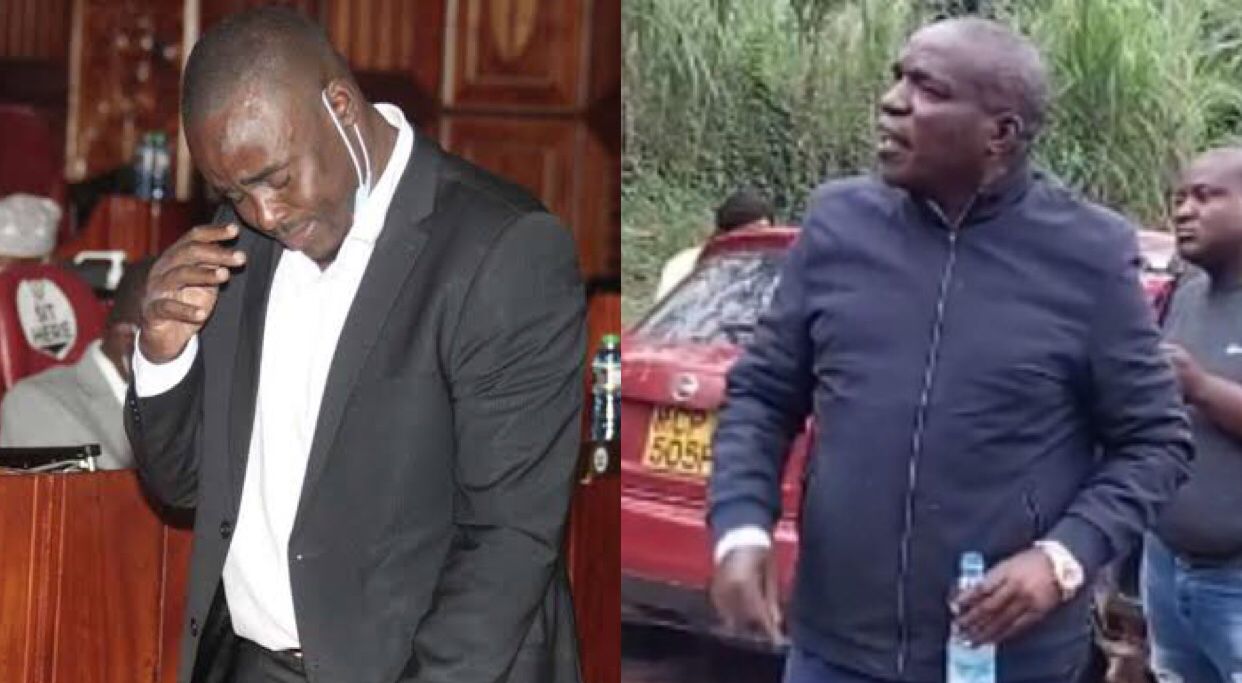 The politician’s dad was among people who were at his home when officers from the Directorate of Criminal Investigations (DCI) raided.

According to photos online, Malala’s dad could be seen standing outside the Senator’s compound when the officers arrived.

Speaking to the press outside the politician’s compound, the legal team said they were not aware of the orders issued regarding the same.

The team also stated that they were still in consultation with the police regarding Malala’s arrest by the time DCI officers staged the raid.

“I have not seen any arrest warrant. What we are sure of is that this witchhunt arises from the elections that have just been carried out which we feel is a bit unfair

“We seem to be the only ones who have been targeted.  But we are still sorting this out as a legal team and we may not say anything that may go on record at this time,” Grace Mburu, the representative addressed the media

Mburu added that they were yet to ascertain whether the Senator was inside his house or not.

“As a woman at this point, it is good to ensure that the Malala’s kids are not in the house in case of any forceful entries into the premises

“Unfortunately, we are also in the dark and are waiting to see why the DCI are here. We are yet to establish whether the Senator is also in the house,” Mburu added.

This came days after Malala lost the Kakamega gubernatorial race to Fernanded Barasa of ODM party.

Barasa was declared winner of the hotly contested election after garnering 192,929 of total votes cast.

Khalwale, is among leaders from the opposing party who congratulated Barasa on his win.