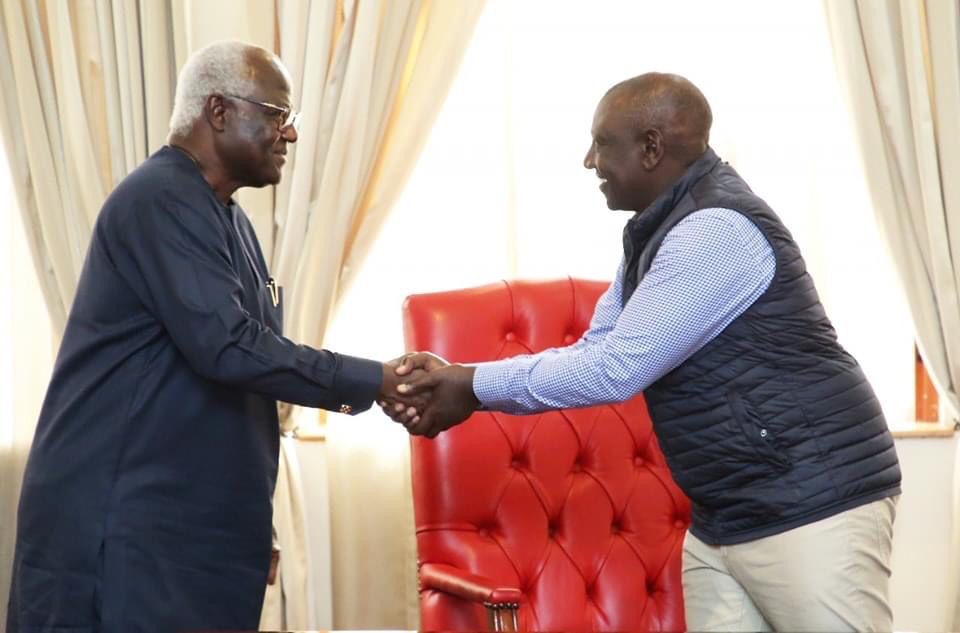 The DP held a meeting with the observer mission who congratulated Kenyans for a peaceful election at his Karen office.

“The Mission is led by Ernest Bai Koroma, former President of Sierra Leone

Johnmark Donald: No weapon formed against you shall prevail. May God grant you Good health and Total protection this period ,you have won and No turning back.

Sam Gachoki: What we need now is prayers, please have intercessors around your premises.

Gifted Hands: Great meeting, I sense victory and celebration for all ordinary wananchi who are eager to be led by visionary leaders like you, your excellency.

Ndung’u Gathitu: That smile all over your face has given me a relief. Give us a date you expect us at Kasarani for the big day.

As earlier reported on GOTTA.news, drama ensued at the The Bomas of Kenya after United Democratic Alliance (UDA) and Azimio la Umoja One Kenya Alliance agents clashed.

The heated confrontation ensued over a suspicious gadget reportedly sneaked into the auditorium by UDA agents.