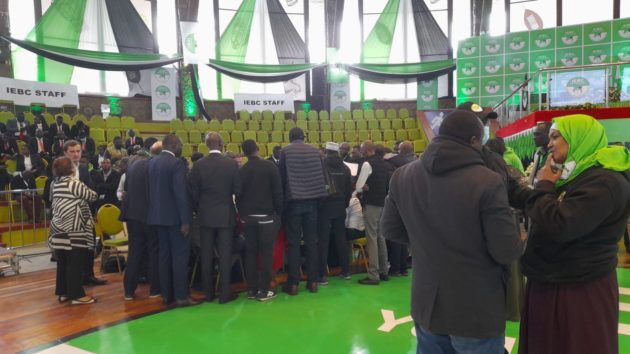 Drama ensued at the The Bomas of Kenya after United Democratic Alliance (UDA) and Azimio la Umoja One Kenya Alliance agents clashed.

According to Nation, a heated confrontation ensued over a suspicious gadget reportedly sneaked into the auditorium by UDA agents.

Chaos at Bomas of Kenya over a suspicious gadget reportedly sneaked into the auditorium by UDA agents. pic.twitter.com/Xbe3T6Fq4t

Elsewhere, the Assumption of Office of the President Committee held its first meeting on Friday, August 12 as the verification of presidential results continues at the Bomas of Kenya.

Head of Public Service, Joseph Kinyua said that the chaired the inaugural meeting, adding that the committee will be making periodic updates of the process.