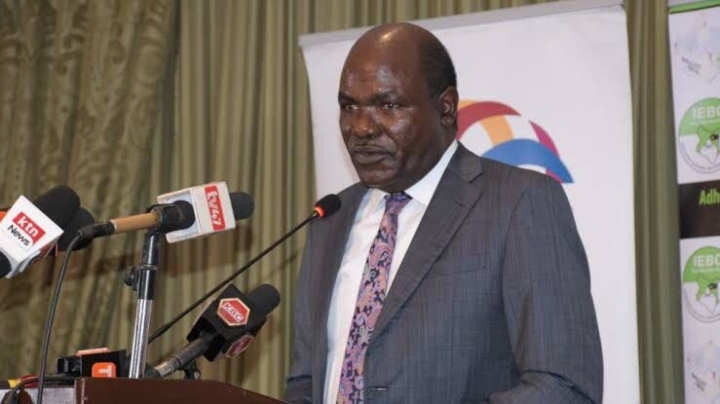 In an update on Friday, August 12, IEBC Chairman Wafula Chebukati announced that the official went missing on Thursday, August 11.

He said Musyoka went missing while on duty at the East Africa School of Aviation tallying center.

Chebukati said that the commission and the Returning Officer’s family tried to reach him bit their efforts were all in vain.

A report of a missing person has since been made at Embakasi Police Station.

Wafula Chebukati: We wish to inform the country that our Returning Officer of Embakasi East, Mr Daniel Musyoka, has been reported missing while on duty at the East African School of Aviation tallying centre #KenyaDecides2022 #KenyasChoice2022 #KenyaElections2022 pic.twitter.com/pVHdv0fB50

As earlier reported on GOTTA.news, drama ensued at the The Bomas of Kenya after United Democratic Alliance (UDA) and Azimio la Umoja One Kenya Alliance agents clashed.

The heated confrontation ensued over a suspicious gadget reportedly sneaked into the auditorium by UDA agents.