Kihika was sworn in as the governor of Nakuru in the ceremony held at the Nakuru ASK showground presided over by Justice Weldon Korir.

Kenyans pointed out several things from the ceremony including her official car which drew massive attention online.

The new governor arrived for his swearing-in aboard a 2020 Land-Rover Defender with registration number GVN032A.

It also had a county flag and emblem.

It is reported that the KSh 10 million car was bought less than two weeks ago.

After her inauguration, the vehicle was also used to ferry Kihika to the county offices where she conducted an inspection of the facility.

She was riding alongside her mother Alice Kihika, her husband Sam Mburu and a security officer assigned to her.

Below is how netizens reacted to the vehicle.

@makkracken: How is she affording to do this is this recession. We are doomed. How much is this car?

@beril_otieno : It’s funny how no one has talked about lowered food prices and the high cost of living.

@damanfit: Na bado… Nakuru people be ready to fund this lifestyle this is tax payers moonie.

@_bryn_official: Residents now know their money is in good hands, that’s 20m’s right there for a Landcruiser Defender. Good use of money.

Kihika was elected governor of Nakuru County after garnering 440,707 votes against the incumbent Lee Kinyanjui’s 325,623 votes.

She was elelcted under a United Democratic Alliance (UDA) ticket. 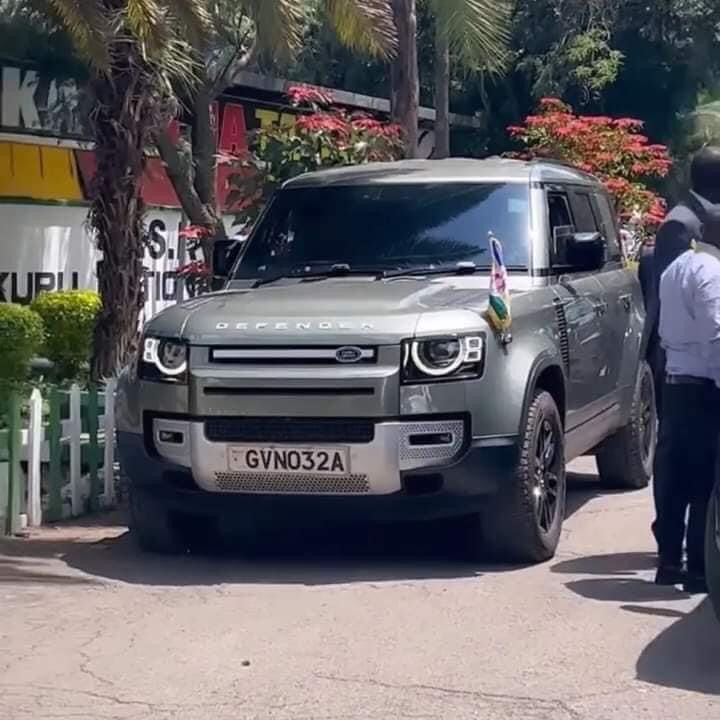 Reports had earlier suggested that Farouk had slapped Kihika following a fallout over undisclosed issues.

According to a Nakuru MP who spoke with Nation, Kihika had preferred candidates in the UDA party primaries.

The MP noted that Kihika might have influenced the outcome of the party nominations irking top party officials.

“It is true Senator Kihika had preferred candidates in the party nominations and may have influenced the outcome, something that has not gone down so well with the top party officials,” said the MP.

However, Kihika dismissed claims of rubbing shoulders with Kibet saying the falsified information was spread by hired bloggers.

“We have no issues at all. Farouk was even the best man during my wedding, so he is a family friend. The issue that he slapped me last week is laughable

“It was propaganda propagated by bloggers hired by my opponents,” she told Nation.