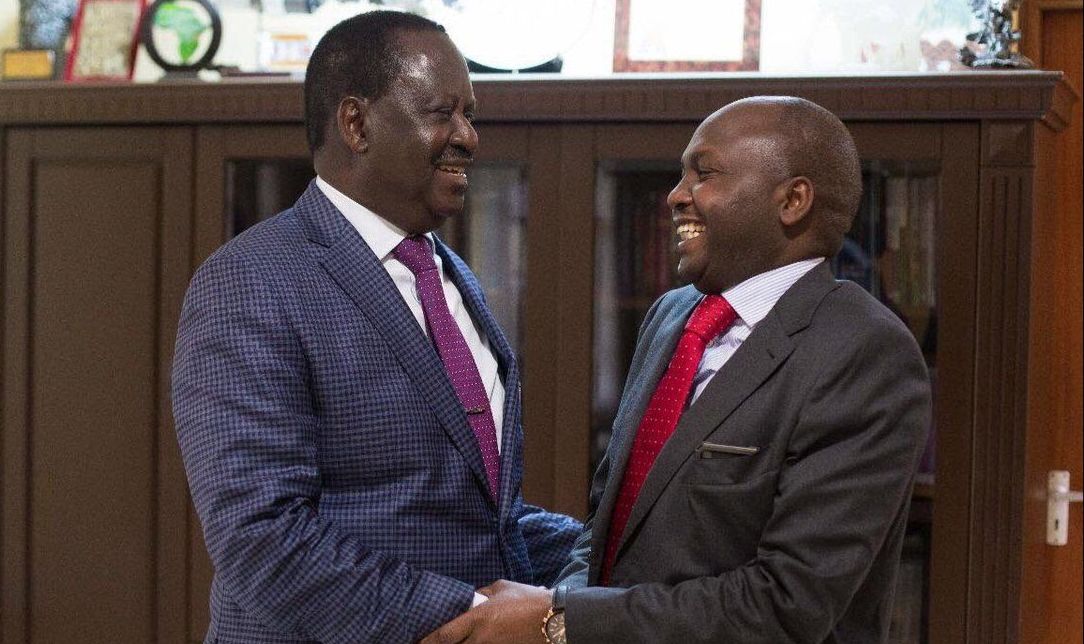 In a statement on Thursday, August 25, the lawyer hit out at the Azimio secretariat over how are conducting Raila’s presidential election processes.

Kipkorir argued that Raila was betrayed by people close to him; a move that could cost the former Prime Minister the presidency.

The major betrayal was by the secretariat lying to Raila that Azimio had agents in all polling stations across the country.

“Raila Odinga was let down and betrayed by the people closest to him and those who ran Azimio Secretariat. They lied to him they had everything under control. They lied all agents were in place and paid,” Kipkorir said.

He also pointed out that the same people are the ones lying to Raila about the presidential petition filed at the Supreme Court.

“Now, they are lying about the Supreme Court case instead of working on it to be foolproof,” Kipkorir said.

Raila Odinga was let down & betrayed by people closest to him & those who ran AZIMIO Secretariat. They lied to him they had everything under control. They lied all agents were in place & paid. Now, they are lying about Supreme Court case instead of working on it to be foolproof.

The post sparked reactions from netizens as seen below.

Kulo Conrad: Don, all this could be addressed in private. You didn’t have to publicize it here. I am sure the UDA team too has it’s issues but. Last thing they will do is publicly air it. You ought to have first of all engaged the internal structures and only put it out here if it failed.

Winnie: I’ve always stated Baba is a good man, the only problem is he trusts too much and the majority of his inner circle uses his name and influence to get what they want, and they abandon him soon after .That has been the case.

Ledama Ole Kina: Instead of focusing on the lies can we focus on solutions here. We know what happened let’s fix it! Damn it!

Patrick Okage: Azimio loyalists are opportunists and hyenas waiting to rip from Raila free tickets, and direct nominations, they’re inept, it is good as a loyalist to him you have gotten the truth, their hostilities directed at Chebukati and supreme court judges is another testimony.

Elsewhere, president-elect William Ruto has promised to respect the decision of the Supreme Court in the presidential election petition.

Speaking during the inauguration ceremony of Nairobi Governor Johnson Sakaja at KICC in Nairobi, Ruto asked all leaders respect decisions by institutions handling the petition.

“I ask all leaders of Kenya to listen to the loud message coming from the citizens of our country. They are speaking to us loudly that they want their politics to be non-tribal and peaceful,” he said.

He said Kenyans have already demonstrated their democratic right by voting and they want to go on with their daily lives.

“That we all voted and the next day we were ready to go to work and go on with our lives and everybody on to their hustle. That is the loud statement that is coming from the people of Kenya to those of us who are leaders,” Ruto stated.