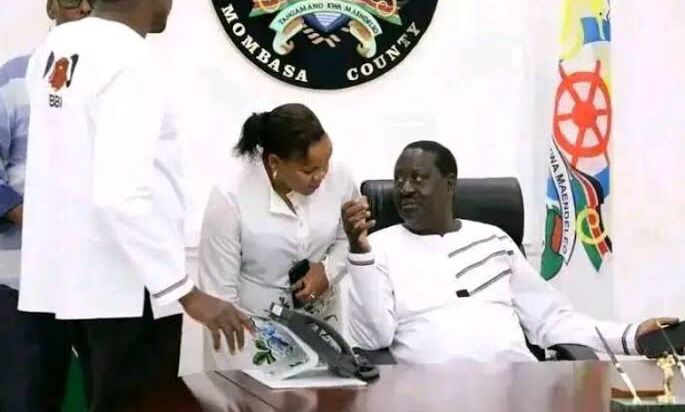 Speaking in Mombasa, the former Prime Minister said IEBC Chairman Wafula Chebukati should recuse himself from the polls and let Cherera manage them alone.

“We are saying this elections will be conducted under the IEBC vice chairperson,” the presidential flag bearer said.

Raila expressed confidence that Azimio will win the gubernatorial races, insisting that no matter how many times they postpone the elections they will still win.

“Can’t you see that I am not sad or shaken by anything. I know eventually the truth shall be known. Martha Karua and I have seen a lot of injustice

“We are dealing with very corrupt opponents who had planned to rig a long time ago. The truth shall set the Kenyan nation free. Please be patient,” he said. 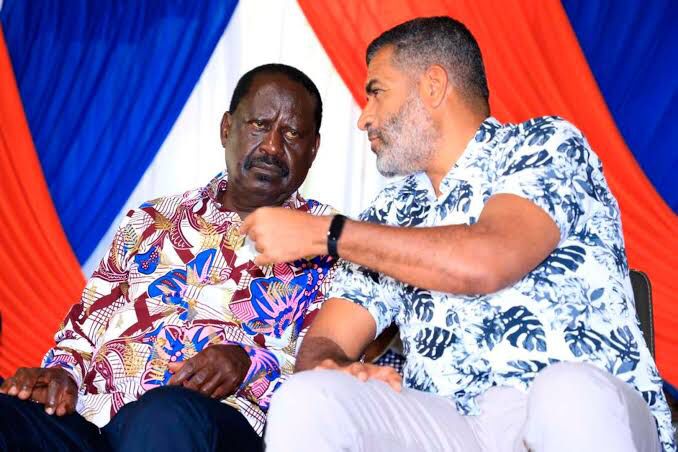 Elsewhere, Cherera was forced to address photos of her with Azimio la Umoja leaders.

Following their rejection of the results, photos of Cherera with Mombasa Governor Hassan Joho and Raila emerged online.

Cherera is among four IEBC commissioners who distanced themselves from presidential election results announced by Chebukati.

READ ALSO: Maraga Distances Self From Viral Tweet Calling for Ruto’s Swearing In