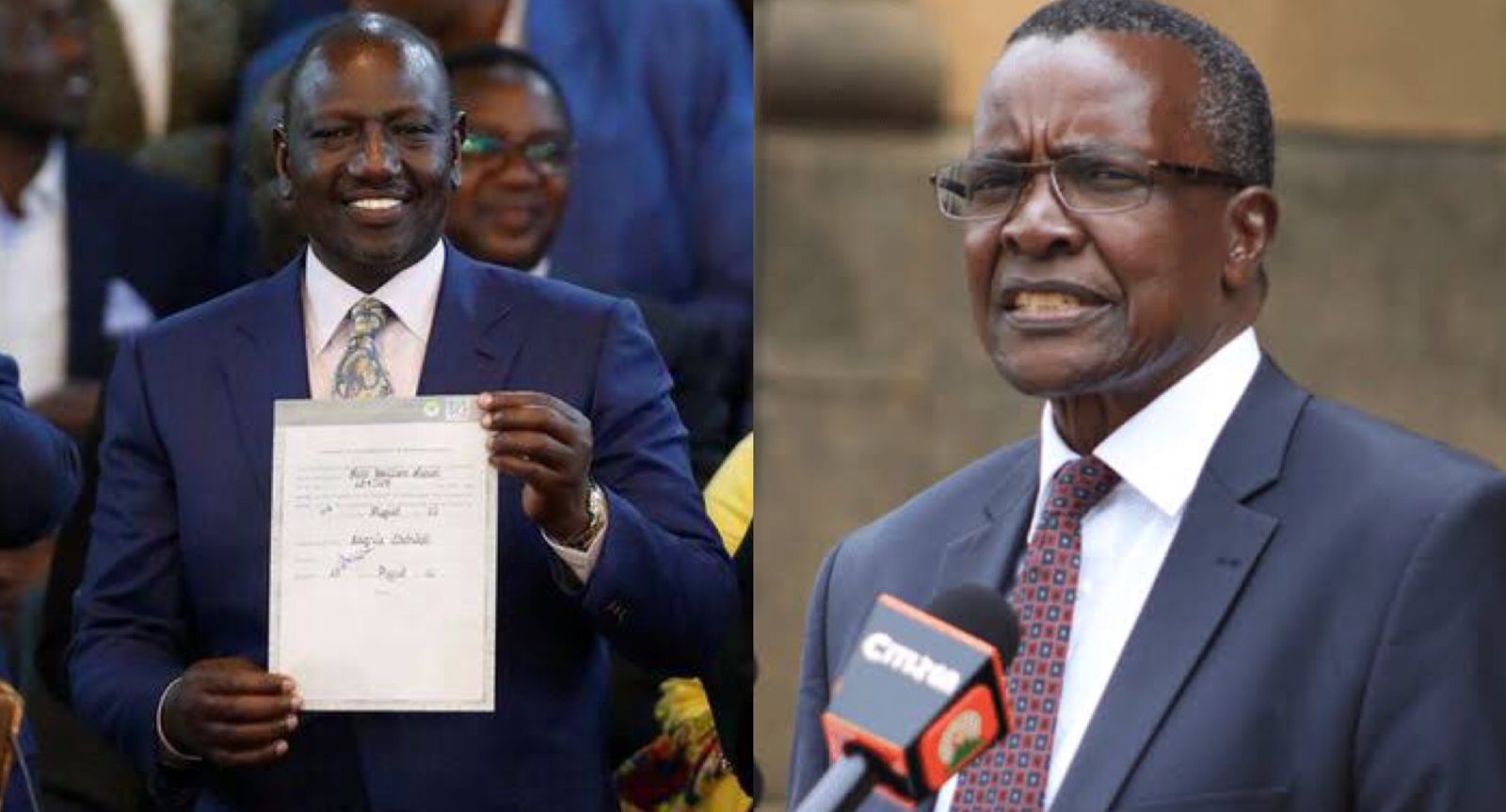 Former Chief Justice (CJ) David Maraga has dismissed a tweet indicating that he called for President-elect William Ruto’s swearing in.

The tweet which has been a topic of discussion online showed that Maraga had upheld Ruto’s win in the just-concluded general election.

The purported statement by the former CJ noted that Ruto should be sworn in on August 30 having won the presidential election ‘fairly and squarely’.

However, Maraga has since distanced himself from the tweet clarifying that it is fake, further urging Kenyans to ignore it.

“This tweet circulating on social media purporting to be authored by me is FAKE, please ignore,” he wrote.

This tweet circulating on social media purporting to be authored by me is FAKE, please ignore. pic.twitter.com/e89Wbpj9bx

Gachagua insisted that Uhuru will not be forced to attend the ceremony or even congratulate Ruto.