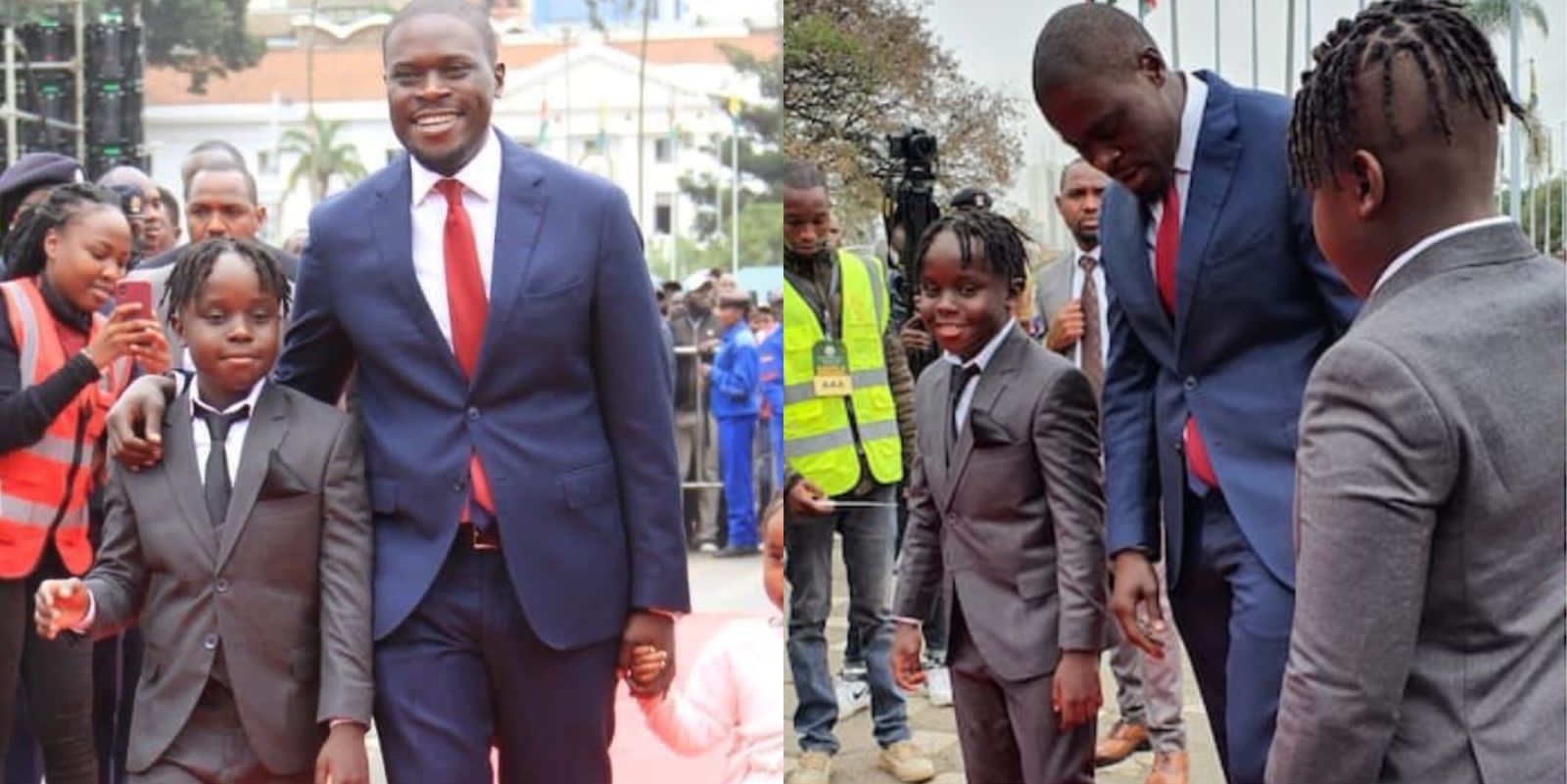 Nairobi Governor-elect Johnson Sakaja was accompanied by his children for his swearing-in ceremony on Thursday, August 25.

The outspoken politician showed up at KICC in the company of his children; two sons and a lovely daughter.

Sakaja’s sons rocked grey suits complicated by black ties and shiny black pair of shoes while his daughter wore a pink sweater on top of a pink dress.

The four walked down the red carpet as people clapped while journalists took pictures of them.

On elections day, Sakaja was accompanied by his son to St George’s Primary School where he cast his vote.

Photos online showed the young man following his dad as he went through the voting process; which includes being confirmed on the KIEMS kit, marking ballot papers and putting papers into the ballot boxes. 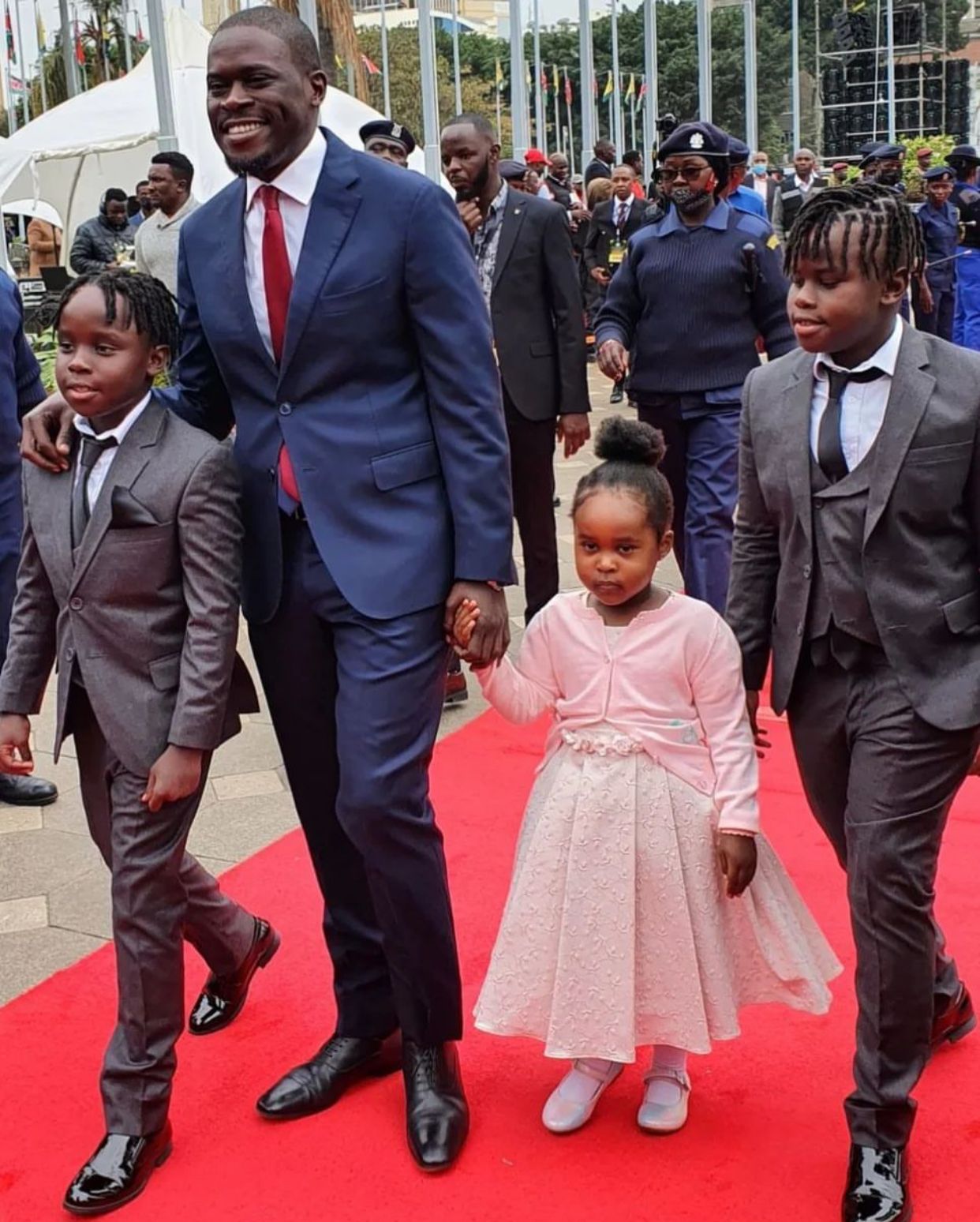 Recently, Sakaja revealed the amount that he used to pay his agents in the just-concluded general election.

In an interview on Citizen TV, the outspoken politician disclosed that he spent a whopping KSh 15 million to pay agents.

Sakaja said he had hired a total of 3,643 agents who pitched camp in all polling stations across the city county.

He also lamented that the Kenyan electoral system is complicated making it expensive for politicians seeking elective office.

He said he managed to pay the agents for three days and the rest of the days which was consumed by votes tallying they offered their services for free.

“We need to have an electronic transmission for our polls. I have just finished sorting out my agents. It cost me KSh 15 million. I had 3,643 agents for three days of work the rest ilikua kujitolea,” said Sakaja.