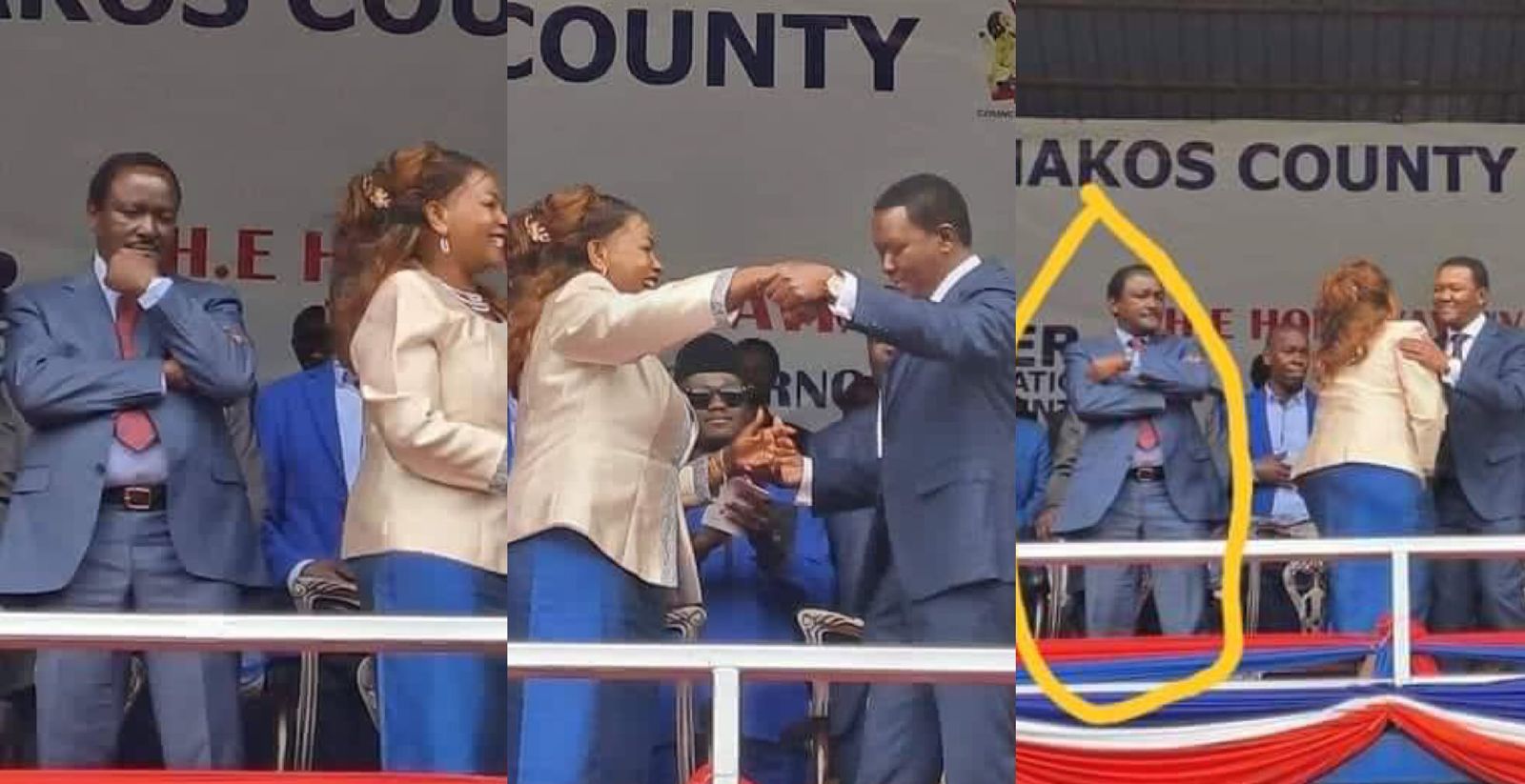 Wiper leader Kalonzo Musyoka was among leaders who witnessed Wavinya Ndeti’s swearing-in as the second governor of Machakos County.

Outgoing Governor Alfred Mutua handed over power to Ndeti in the ceremony held at Kenyatta Stadium on Thursday, August 25.

However, photos of Kalonzo looking deep in thoughts while Mutua hugged and danced with Ndeti has emerged online sparking mixed reactions.

When Mutua stepped forward to congratulated Ndeti on her inauguration, Kalonzo stood behind Ndeti while holding his chin and looked deep in thoughts.

He was also seen standing with his hands crossed while the two shared light moments.

Kalonzo is not a happy man. 😅

He is among leaders who witnessed the inauguration of Wavinya Ndeti as the 2nd Governor of Machakos.

Here are comments from netizens who reacted to the viral photos.

Kimani Wa Thuo: He’s just imagining of how Mutua made the right turn while he made the wrong one.

Peter Wainaina: Kalonzo is staring at his weaknesses; a governor elect and a minister to be having fun. Alisema alikua akue nini.

Martin Karanja: Kalonzo knows his goose is cooked and the body language is there for all to see.

At the same time, Nairobi Governor-elect Johnson Sakaja was accompanied by his children for his swearing-in ceremony on Thursday, August 25.

The outspoken politician showed up at KICC in the company of his children; two sons and a lovely daughter.

Sakaja’s sons rocked grey suits complicated by black ties and shiny black pair of shoes while his daughter wore a pink sweater on top of a pink dress.

The four walked down the red carpet as people clapped while journalists took pictures of them.