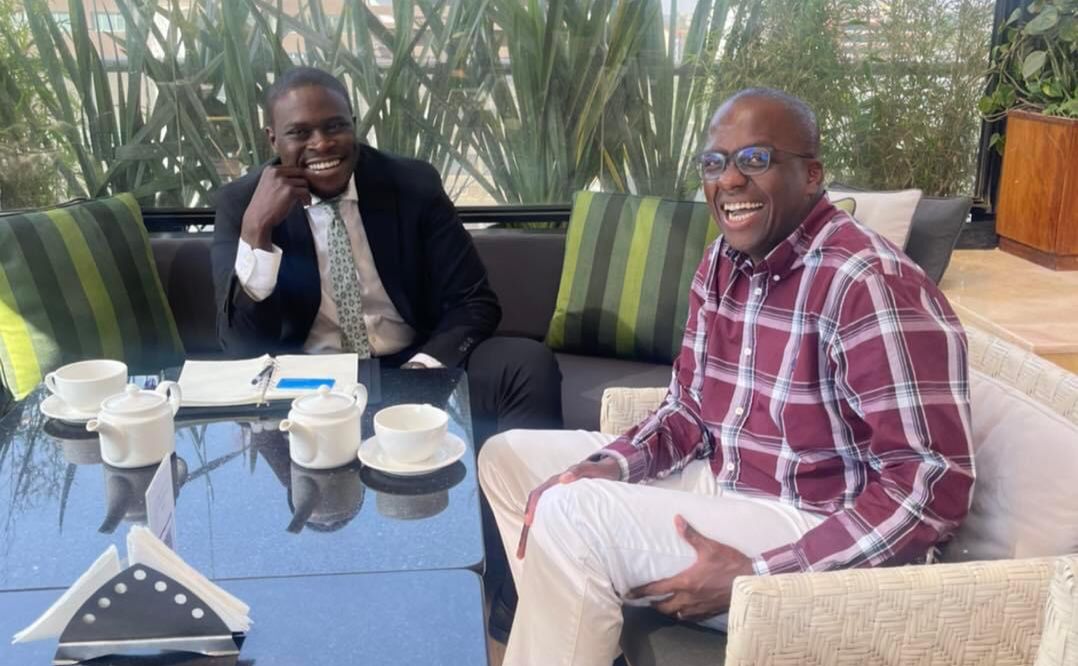 The politicians met at a eatery in Westlands, Nairobi where they held their meeting.

In an update on his Facebook page, Sakaja shared photos from the meeting; albeit not sharing in-depth details about the meetup.

The two shared a cup of tea and agreed to work together.

This is what Kenyans said about the meeting.

Hon Ndindi Nyoro: This is what we call political maturity, make Nairobi work. We are African and Africa is our Business.

Vicky Gitonga: When I saw both of you at the debate, I knew you would one day sit down and work together. This gesture has made my day. Sasa mfanye mathematics vizuri so that we can benefit from both of you.

Brownle Cormick: That is called leadership and not mouthing keep up my brother.

James Leacky: This is taking our country politics to another great level. I’m happy. They should emulate you boys.

Sakaja had invited Igathe for a coffee date following his win in the hotly contested gubernatorial race, also lauding him for conceding defeat.

The outgoing Senator commended Igathe for engaging in clean politics and putting up a good fight in a bid to secure the top seat.

“Thank you, Sir. You were a worthy opponent and a true embodiment of Siasa Safi. Let’s have coffee soon,” he stated.

Igathe who was vying for the seat on a Jubilee ticket conceded defeat to Sakaja noting that he has accepted the decision of the people of Nairobi and thanked his supporters for voting for him.

“I accept the decision of the people of Nairobi and thank all our supporters. The Governor of Nairobi is His Excellency Johnson Sakaja. Congratulations! God bless Kenya,” he wrote

Sakaja who was vying on a United Democratic Alliance (UDA) party garnered 811,734 votes to edge out Igathe.