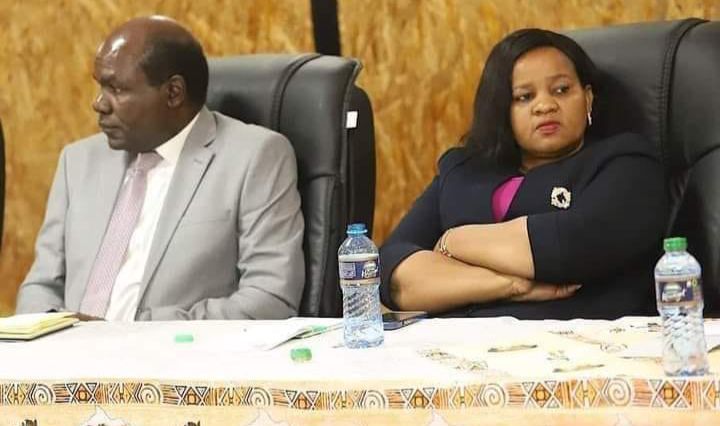 The most latest photo of IEBC Chairman Wafula Chebukati and Vice-Chairperson Juliana Cherera after clashing over the just-concluded general election has emerged online sparking hilarious reactions.

The two were at loggerheads over the presidential results with Cherera and four other commissioners disputing the results announced by Chebukati.

Amid the war of words, the two met on Monday, August 22 during a meeting with aspirants affected by the suspension of elections in five electoral seats.

It is during the meeting when a photo of the two top commissioners not talking to each other and maintaining a ‘stoned face’ emerged online.

The photos sparked hilarious reactions as seen below.

Wangwe Nicholas: The exes having no choice but to be together for an occasion that requires them to have a joint sitting!

Benjamin Bogonko: Divorce yangu bado iko in the process, ikiisha tu hivi and I will be all yours babe.

Kerubo Makambi: We are just roommates, sleeping in different bedrooms.

Brainny Oto: When both of you are madly in cheating love but he just told you no pda in public ndo raia isijue so now you have to act like you guys hamjuani.

Vance: When you finally meet that in-law who has been meddling in your affairs.

Mwende Kioko: When you’re newly divorced but have to attend your child’s school meeting together.

Four IEBC commissioners led by Cherera maintained that they could not take ownership of the election results. 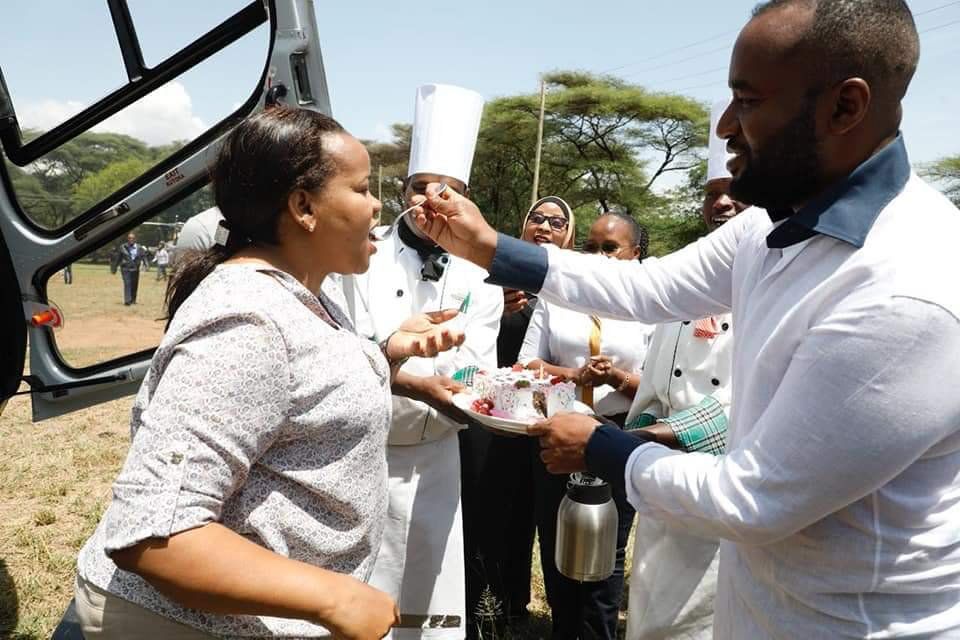