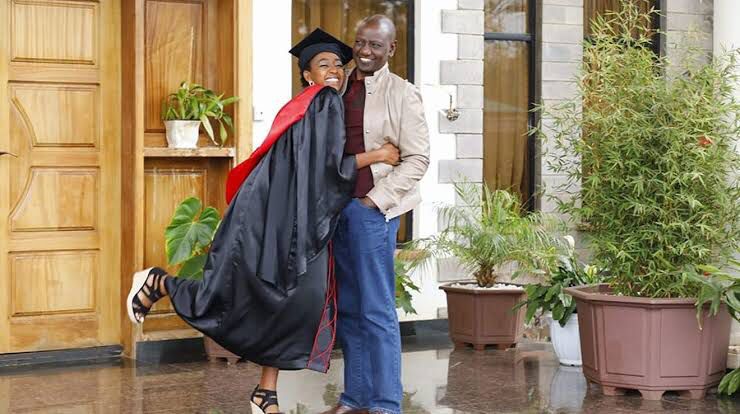 A fake Twitter account operating under the name of President-elect William Ruto’s daughter, Charlene Ruto has been suspended.

The catfish account which had slightly over 142,000 followers was suspended from the social app on Tuesday morning, August 23.

According to screenshots doing rounds on social media, the account was suspended for violating Twitter’s community guidelines.

@cebbiekoks: That’s not her account. It has been suspended because she reported it. Yawa! Eeey!

@WamboMacharia: You can do better buzz room. She’s not in Twitter some guy over there changed his handle to her name. Stick to gossip ya Instagram tu. No way, she would be posting things like those

@sheemillan: Why y’all saying its not her account?it is her account. Smh.

In other news, reacted to news that Deputy President William Ruto’s daughter, June, is officially off the market and engaged to a Nigerian man.

June was engaged to her boyfriend, Alex Ezenagu, at a colorful ceremony held at her father’s Karen home, also referred to as ‘The Hustler’s Mansion’.

News of DP Ruto’s daughter getting engaged to a Nigerian man elicited mixed reactions with a section of netizens expressing concerns at the rate at which men from the ‘Igwe’ land sweeping Kenyans beaus.