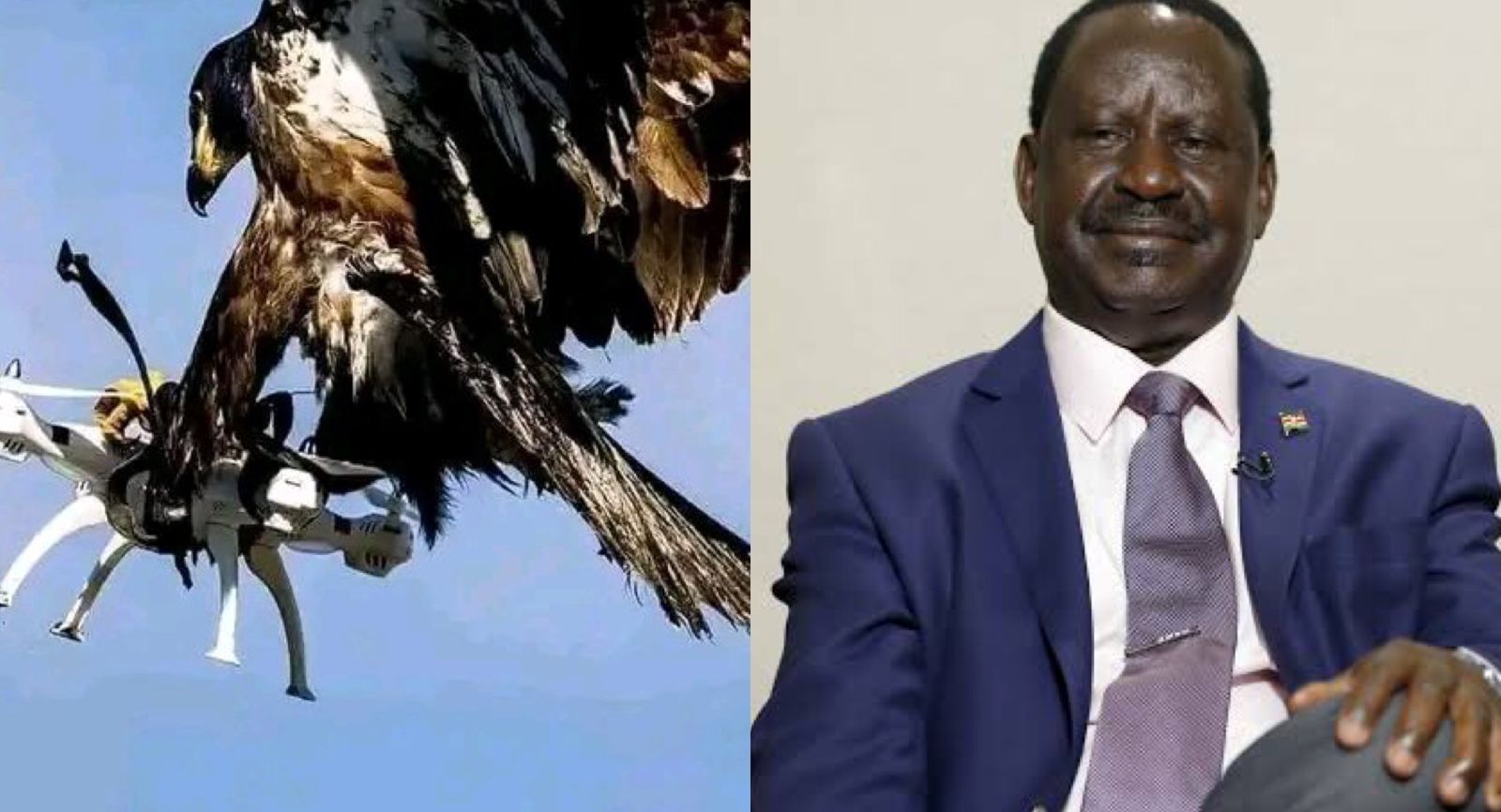 On Saturday, August 6, an image of an eagle clinching a drone it had grabbed emerged online sparking mixed reactions.

This is after a section of social media users claimed that the drone belonged to either Kenya Kwanza or Azimio la Umoja One Kenya Alliance.

The Deputy President William Ruto-led coalition was holding its final rally at Nyayo Stadium while Azimio held its rally at Kasarani Stadium.

As the rallies went on, the image of the eagle clinching a drone was widely shared online with most netizens claiming that the incident happened in Kasarani.

However, it has since been established that the photo was not taken at either of the venues.

The picture was taken by photographer Koen Van Weel in March 2016 during a police exercise in the Netherlands.

The photo that shows a drone-catching eagle, was taken a few years ago, in March of 2016, by Koen van Weel in the Netherlands. pic.twitter.com/eXWzt3KT4n

As earlier reported on GOTTA.news, rapper Juliani slammed the Azimio One Kenya Alliance for inviting an international artiste to perform during their final rally.

Bongo star Diamond Platnumz flew into the country on Saturday, August 6 for a special performance at the final Azimio rally.

Reacting to the same, Juliani complained about Diamond performing at the rally arguing that a Kenyan artiste should have been given the chance.

Diamond arrived in Kenya for the performance in the company of his daughter, Princess Tiffah.

The singer and his crew arrived in Kenya aboard a private jet before boarding a helicopter branded with Azimio colors.