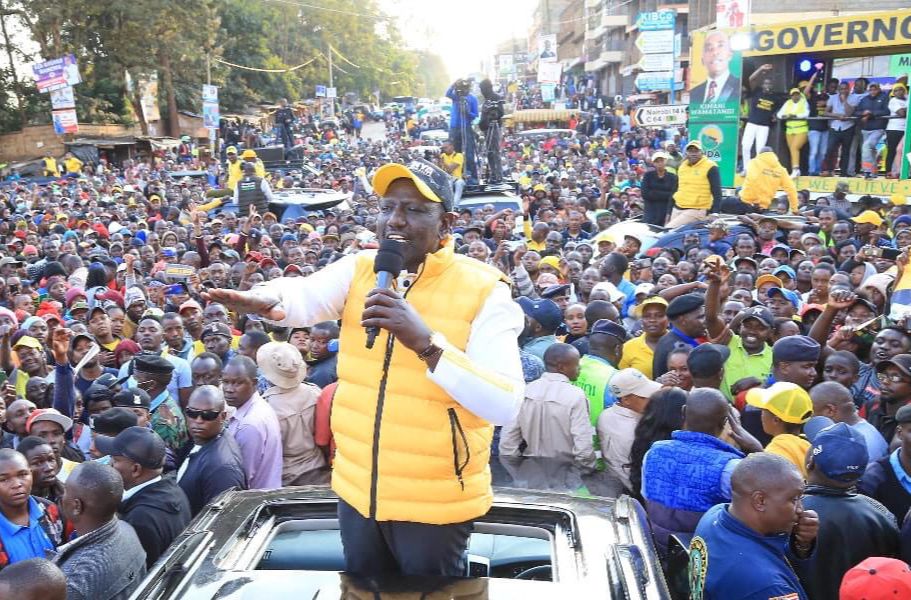 Deputy President William Ruto closed his campaigns on Saturday, August 6 with a word of prayer ahead of the General Elections on Tuesday, August 9.

The DP headed to Kirigiti Stadium in Kiambu after his mega rally at Nyayo Stadium.

After concluding his address, DP Ruto asked the crowd to take off their caps for a word of prayer where he asked for God’s blessings ahead of the polls.

“Our God who art in heaven, we are thankful because you have brought us this far, we have finished our campaigns here at Kirigiti

“We are thankful for our country, we come before you, we have an election on Tuesday August 9 next week, we ask that your will be done in our country,” DP Ruto said.

The DP also prayed for outgoing President Uhuru Kenyatta asking God to grant him long life as he heads into retirement.

“Thank you for bringing us this far, we pray for all Kenyans, for our families and for the outgoing president, give him long life,” DP Ruto said.

Kirigiti. It ended with a prayer from Daktari!!

Elsewhere, DP Ruto could not hold back tears during a prayer meeting at his Karen residence on Tuesday, August 2.

The meeting brought together members of the clergy to pray for the country ahead of the August 9 General Elections.

After an intense session of prayers and encouragement, DP Ruto could be seen fighting back tears that were overwhelming him.

The DP was also seen holding back tears while speaking on the podium.

Ruto spoke on the importance of peace ahead of the August polls also reflecting on the challenges that he faced during the campaign period.

“We all know where we are as a country. We know the moments and we know the times and we know the challenges and I requested we have this moment of prayer together because of the weight of the issues that we are faced with in these last days before we go to the vote

“We have many schedules but the bible reminds us to seek the kingdom of God first. Thank you for coming to pray with my team and me. I underestimated this meeting but it has turned out to be something I never imagined,” he said.

READ ALSO: David Mwaure to Include Matiang’i, Rachel Ruto, Ida Odinga in His Cabinet if Elected

Ruto also expressed gratitude to God’s for strength during their campaigns across the country, further attributed his troubles ho his fallout with Uhuru. 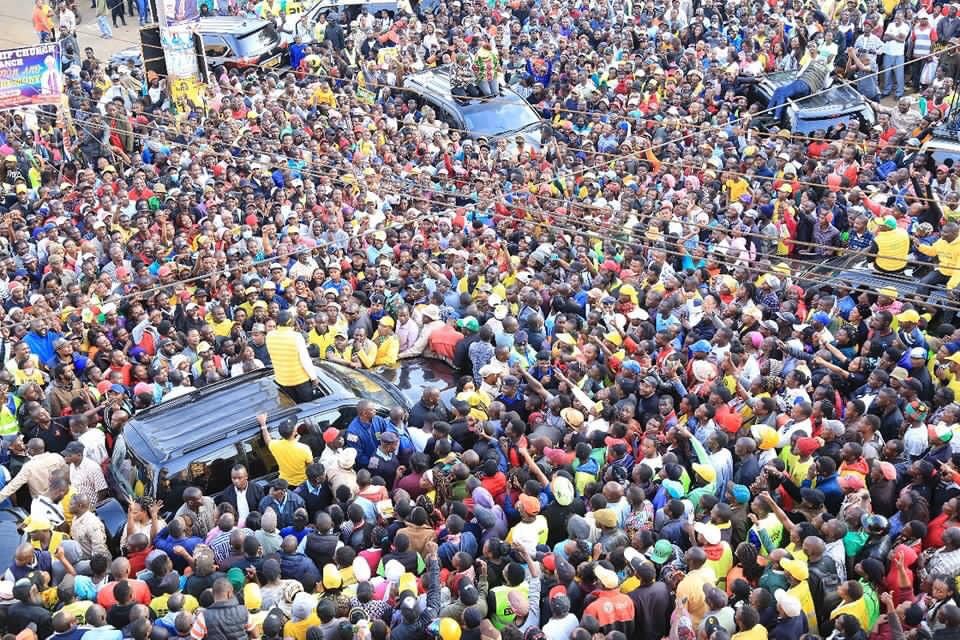