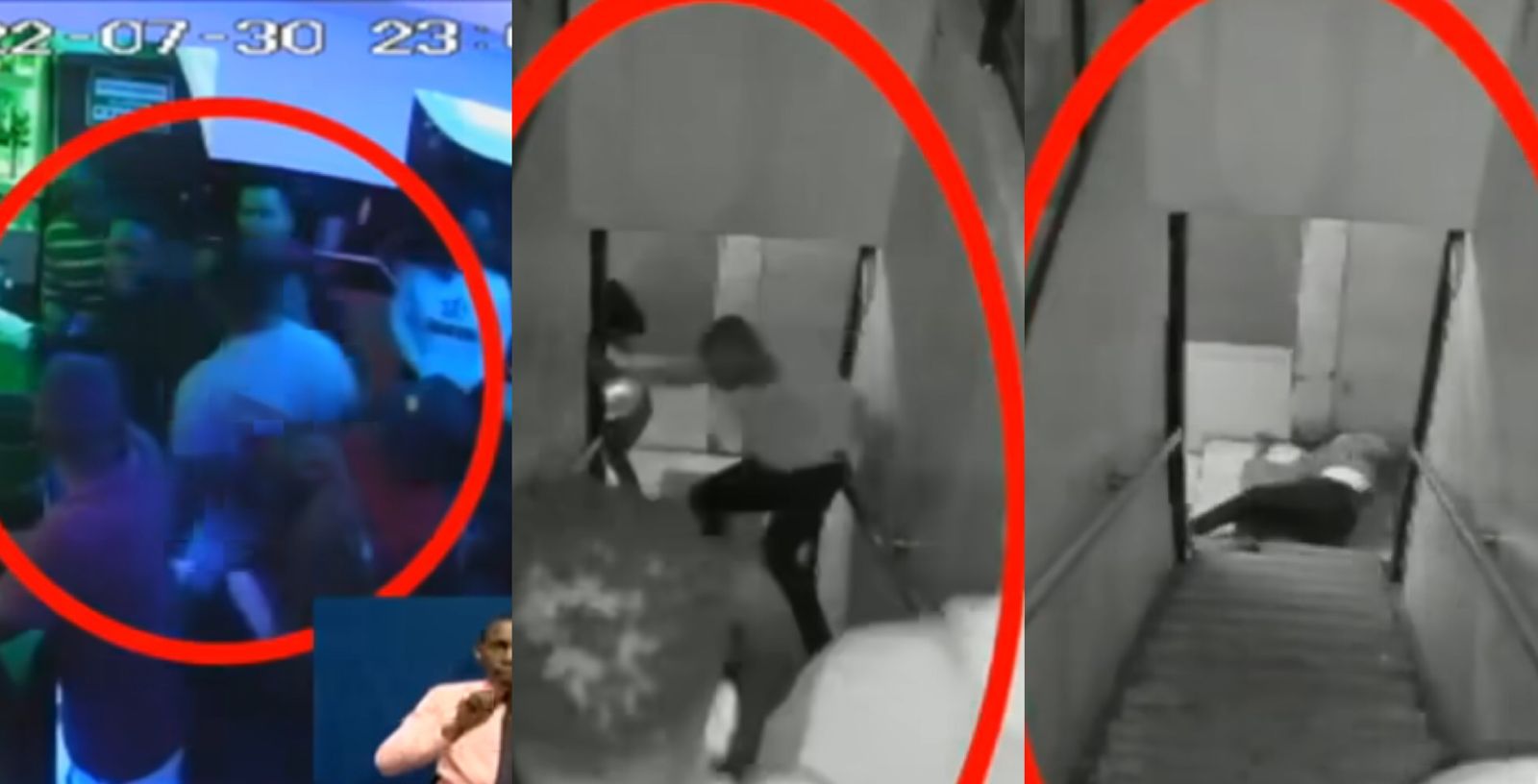 A CCTV footage has emerged showing how a police officer was pushed to his death in a nightclub in Kajiado County.

The police officer, Constable Moses Oyugi died while receiving treatment at a local hospital after sustaining serious injuries from the fall.

According to the footage, the officer and another man were seen in what appeared to be a heated argument, attracting the attention of the club’s bouncers.

It was moments later when the bouncers pushed Oyugi down the stairs where he badly hits his head against the floor.

The officer is seen lying on the floor unconscious prompting one of the bouncers to go and check on him but he remains unresponsive.

According to a family member, Oyugi was bleeding from the head by the time he was rushed to Ngong Sub-district hospital where he took his final bow.

“We believe there is a coverup so far just one person was arrested, at some point he handed his phone to the counter which means he knows them.”

The Directorate of Criminal Investigations (DCI) has since launched a probe into the same and a manhunt launched for the perpetrators.

The video shows how six thugs accosted the woman just moments after driving into her gated house.

According to the video, two thugs are seen armed with handguns, another with a machete and an AK47 rifle.

In the incident that happened on Sunday, June 12, the woman locked herself inside her car but her attempts to drive away bore no fruits.