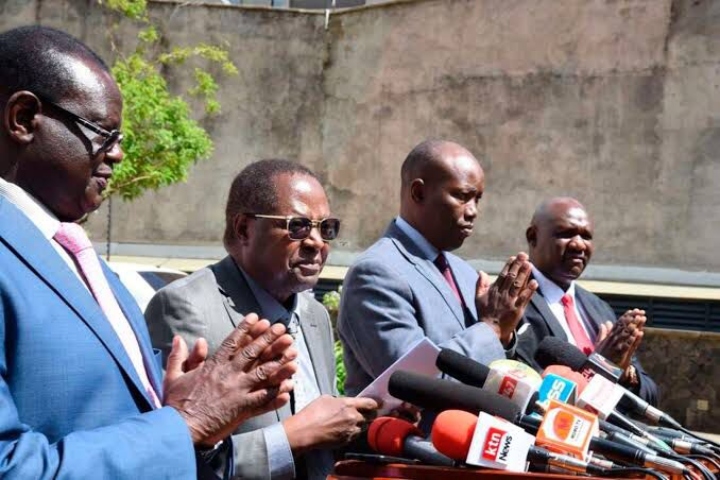 A debate has ensued on social media after county governors and their deputies demanded for hefty retirement packages.

According to Money Academy, governors and their deputies are seeking a lifetime monthly pension of KSh 739,200 and KSh 700,000 respectively, a lump sum equivalent to their 1-year pay and a 3,000cc 4WD car.

The county bosses are also seeking to have fuel allowance, a personal assistant and medical cover for local and overseas treatment.

In this case, the Salaries and Remuneration Commission (SRC) said the government will require KSh 2.3 billion in the first year to cater to the demands.

The Council of Governors (CoG) went to court seeking the monthly pension, arguing that other State officers like the President and the Deputy President are entitled to a lifetime payment.

However, SRC has since then opposed the proposal arguing they are costly and risk distorting the retirement pay structures of State officers.

“Besides fiscal unsustainability, providing pension benefits as proposed by COG would distort the retirement structures for State officers and lead to disparity in retirement benefits between governors and other State officers,” Anne Gitau, the SRC’s chief executive officer, said.

Retiring county governors and their deputies are seeking lifetime monthly pensions of over Sh700,000, a lumpsum equivalent to their 1 year pay, a 3,000cc 4WD car, fuel allowance, a personal assistant, and medical cover for local and overseas treatment.

The news which most Kenyans termed crazy sparked reactions online as seen below.

Tmusa Kasereka: Such demands by the already wealthy individuals it’s unfair and has no any regard for the millions swimming in poverty. The System of rewarding retirees should be brought back to debate and if it needs constitutional amendments, we need to go for it, the system can be equated.

Kevin Kiumbe: If they never built hospital for 10 years,why would they be covered to travel abroad? We worship mediocrity!

Martin Imathiu: Do these people know the meaning of retirement? Their contract is EXPIRING and in fact becoming ineligible for vying for that position. They can try being an MCA, president, or Senator. You don’t reward someone for EXHAUSTING their chances. That’s mediocre.

Ometo Bryson: Then let all civil servants also earn lifetime monthly pensions equivalent to 80% of their salaries juts like the governors. otherwise, wouldn’t that equate to discrimination under Article 27? Unless we are saying some civil servants are more equal and important than others.

Bernard Aloo: In Kenya, politicians who actually serve on contractual basis, demand for lifetime pensions. Anyone else in a contract job knows they’re not entitled to pension. Why the hell would we pay them a lump sum equivalent to a year’s salary? The contract was 5 years. They knew about it!

Wangashindu: How long will Kenya sustain the payments? Government workers are now paying part of their salaries towards their pension and the government tops up. Why is that formula not used on Governors and MPs? 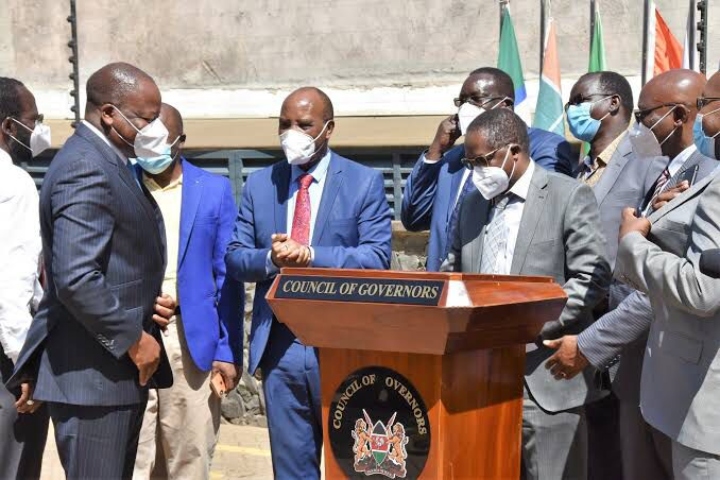