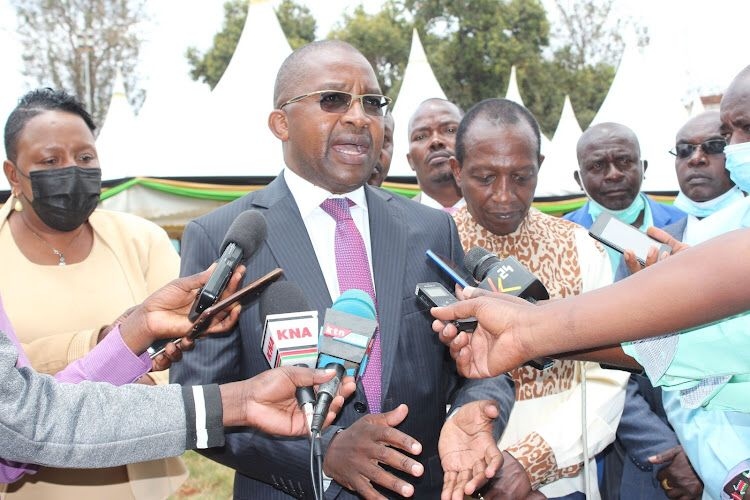 Speaking while addressing a press conference on Tuesday, July 19, Wa Iria also stated that his party, Usawa, will support the ODM leader.

The county boss said he made the decision to support Raila after his quest to succeed president Uhuru Kenyatta flopped.

“I am the supremo of Muranga county, some are coming there like kings. They have not even proposed a seat for Muranga county. I am finding myself sitting in the cabinet

“I am telling the people of Muranga to rally behind me. Let’s give the 620,000 votes to Raila, We will demand that Raila gives me a cabinet position,” he said.

Wa Iria added that he will support Raila in the August poll since he is the only contender who reached out to him when he was disqualified from the presidential race.

He added that the ODM leader then invited him to Azimio, further discouraging him from turning his party to a resistance movement.

“When others were celebrating Raila engaged me for 3 hours, we talked man to man. He is the only one who admitted that injustice was metted on me,” Wa Iria said.

“He asked for my manifesto and said if he accommodates it will I change my mind. I told him my champion program was dairy farming, we are the only county where milk is 40shillings. I believe that a cow is a peasants kiosk, I told him of my program one home one cow, I believe that is the easiest way to eradicate poverty.” 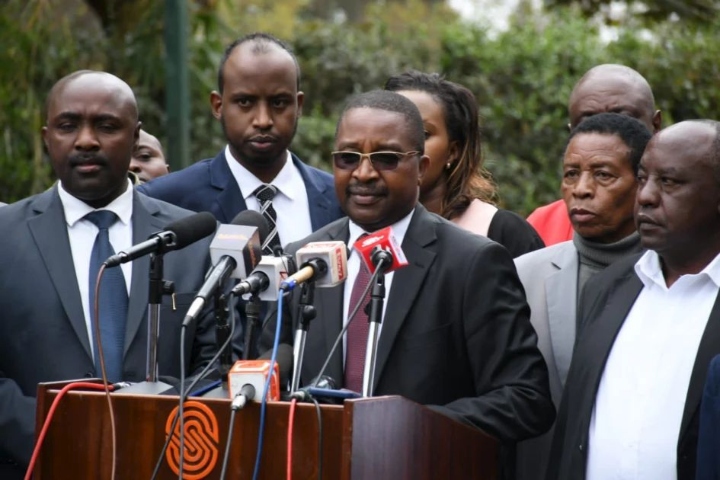 Wa Iria was disqualified from the presidential race after failing to to submit the required signatures of supporters from 24 counties.

Following the disqualification, he caused drama outside the Bomas of Kenya and accused the electoral body of favouritism.

“Chebukati refused to hear me, his dispute resolution committee deliberately escaped out of the jurisdiction. Ever since I went to the High Court it has been to and fro

“IEBC has been coming to court with objections claiming that they have not received my court papers,” Wa Iria said.

During today’s presser, Wa Iria continued with his onslaught on IEBC Chairman Wafula Chebukati, accusing him of bribery.

“Chebukati personally ensured I am not in the ballot. He was working with known people because some people believe Mount Kenya is their bedroom

“This was a case of high level bribery, and I want him to look me in the eye he took bribe to take me out of contests and if he didn’t take a bribe then he should tell Kenyans how I didn’t qualify,” he claimed.