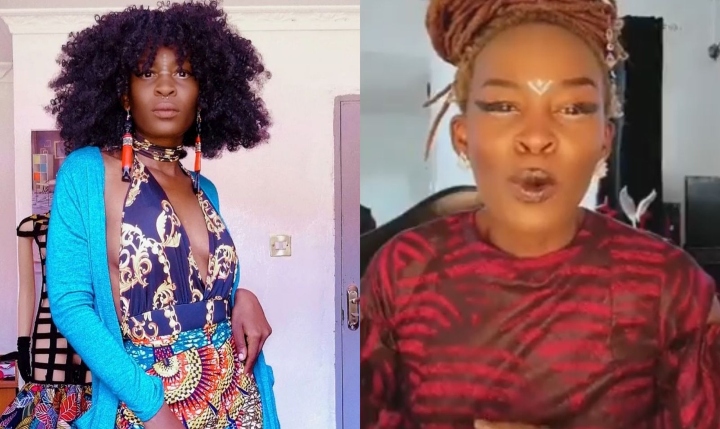 In a video on her TikTok page, the content creator narrated how she was reportedly humiliated by security guards at the school.

In the video, Nyar Kano says she was invited for a peace initiative program organized by TikTok and when she turned up for the event, she was met by a rude shock.

She says security guards claimed that the outfit which she for the event was inappropriate and forbidden in the school.

“When I went to Strathmore I was met by rude, aggressive embarrassment from the gate. When the female gatekeepers saw me they called their male counterparts to come and shout at me in front of students that I’ve not dressed appropriately for the University,” Nyar Kano ranted.

Nyar Kano said she tried to negotiate with the guards to let her in but they had none of her pleas.

“This was a job that I was getting paid for and therefore I tried to negotiate and beg them to let me in so that I do my job and go home because I was not aware of the dress code but they refused and told me to get out,” she added.

Towards the end of the video, she called out the institution over its strict dress code, adding that institutions with such policies should not be set up in Kenya.

“Someone tell Strathmore to be ashamed of themselves, why would do establish a university in Africa only to uphold colonial legacy… You are a disgrace to the African soil and you should be ashamed of yourselves,” Nyar Kano added.

The video sparked reactions from netizens who wondered whether the policy should also apply to visitors.

Queen Olwala: Honestly as a student in Strathmore we got harassed enough times by those uniform cops but for a guest Strathmore was really out of line considering they hadn’t communicated anything about the dress code prior.

Joyie: Mahn, that’s the problem right there. You invite a fashion designer, popular ticktocker and you expect her to dress corporate without prior info?? So unfair.

Chero: As an alumni , she has spoken for many of us who didn’t have the guts and the words.

Leriwanka: I once got a scholarship to that place but I went to Emobilis instead. I know myself. I don’t do good with strict dress code.

Hesbon Mbego: I’m a proud alumni of the University. I feel strongly sorry for you that you were turned away because you were scantily dressed. Please find some descent dress and try again.

Audacious: Your dress code you can have it at your convenience not others convinience. Stay on TikTok.