Okutoyi arrived into the country on Monday, July 11 via the Jomo Kenyatta International Airport and she was received by Sports CS Amina Mohammed.

Speaking after landing, the tennis player explained how she felt having been recognized globally, further urging Uhuru to support tennis in Kenya.

Okutoyi stated that she would love to see tennis grow locally and see other Kenyan players shining in the tennis world.

“I now feel more recognised. Being congratulated by someone as important as him is a privilege to me and I’m happy. I mean a lot

“I’d like to meet the president one day. My wish is that he should support tennis and to help tennis in Kenya to grow,” she said.

The 18-year-old and her partner, Dutch player Rose Marie Njikamp beat Canadian pair Kayla Cross and Victoria Mboko by 2 sets to one to emerge victorious at Wimbledon.

In her speech after reaching the finals, the teen player attributed their success to team work and joint efforts, further heaping praises at her partner.

“The match was interesting but not easy at all. However, my partner and I really fought through it. We were losing it but we kept calm and strong and that’s how we got the win

“She’s good. I mean we have a good connection when we’re playing and I like that we bond so well and play quite good together,” Okutoyi said.

Okutoyi was celebrated by many including President Uhuru Kenyatta who termed her victory a momentous achievement that will lift Kenya’s tennis profile internationally and inspire the next generation of tennis players. 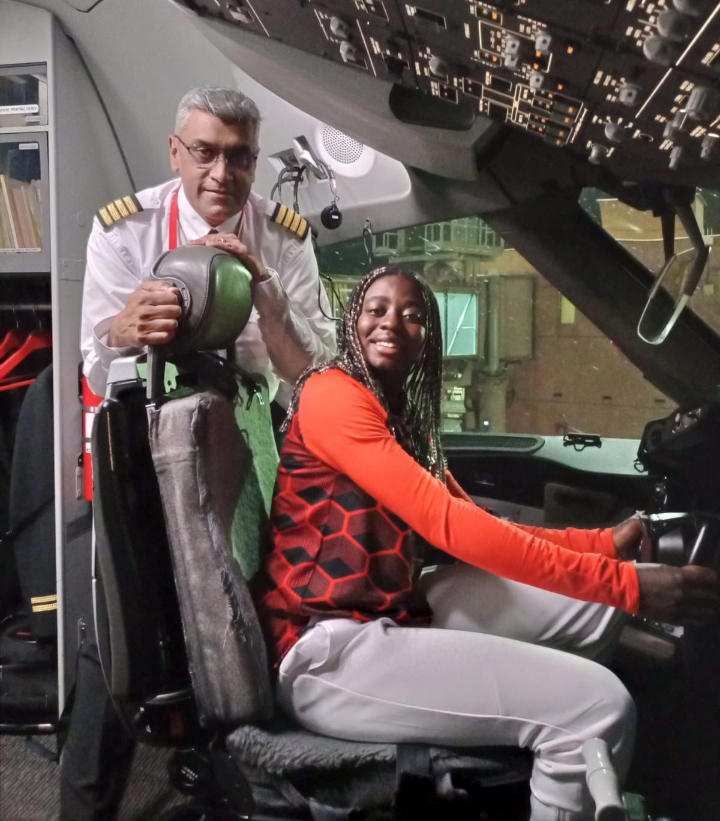