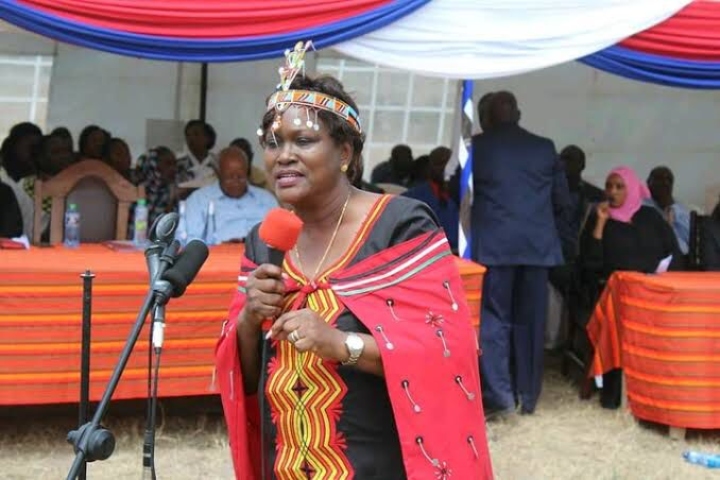 Pratt is set to receive a Doctor of Humane Letters (Honoris Causa) degree from the higher learning institution.

In a notice dated July 8, 2022, Kenyatta University said it will be recognizing Uhuru’s sister for her commitment to people living with disabilities.

“Her inspirational vision and devotion has been a source of courage and transformation to many in Kenya and beyond,” read the notice.

Notably, Pratt is among the founding members of the Department of Special Education having joined the Ministry of Education in 1975.

She alongside other education experts came up with the Kenya Institute of Special Education (KISE) which was responsible for training teachers in special needs education.

KISE was also responsible for rehabilitation and production of assistive materials for people with special needs among other mandates.

This, alongside other initiatives saw her receive recognition from Kenya and beyond.

“It is for this reason that in 1977, she was appointed UNESCO Ambassador for the Visually Impaired in Africa. In 1979, Mrs. Pratt also received the Kenya Society for the Mentally Handicapped Award for her outstanding contribution to the mentally handicapped in Kenya

“In 1980, US President Jimmy Carter honoured her with United States Presidential Award for her distinguished service to people living with disabilities,” the notice further said.

Pratt currently serves as the Chair of the National Fund for the Disabled of Kenya having been appointed by late president Daniel arap Moi in 2002.

Pratt will receive the degree during the institution’s the 51th graduation ceremony on July 22, 2022. 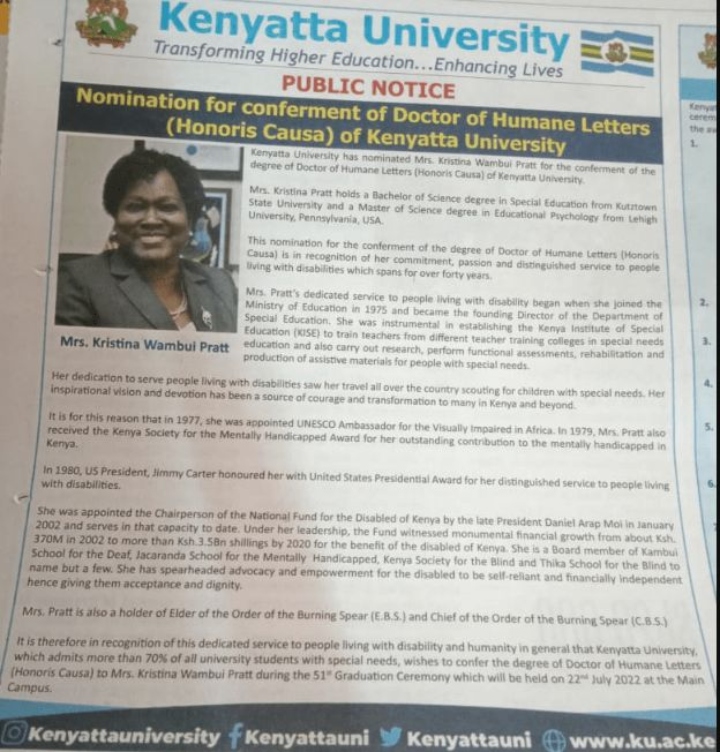 The notice by Kenyatta University PHOTO/COURTESY

At the same time, Paul Wainaina has resigned as the institution’s Vice Chancellor after a stand-off with Uhuru.

The resignation came days after the Head of State issued a warning over the same, noting that some people do not reason with the nation in mind.

According to reports, Wainaina revealed his decision to resign as the university’s VC in a morning meeting with staff on Tuesday, July 12.

Reports also indicated that the University council has since been dissolved and a new team set to take over the institution.

Wainaina’s exit has been linked to his refusal to surrender the university’s tittle deed of a 1,000-acre piece of land to facilitate a World Health Organization project.

WHO was set to build a KSh 600 million emergency center on the university’s land for it’s regional operations.