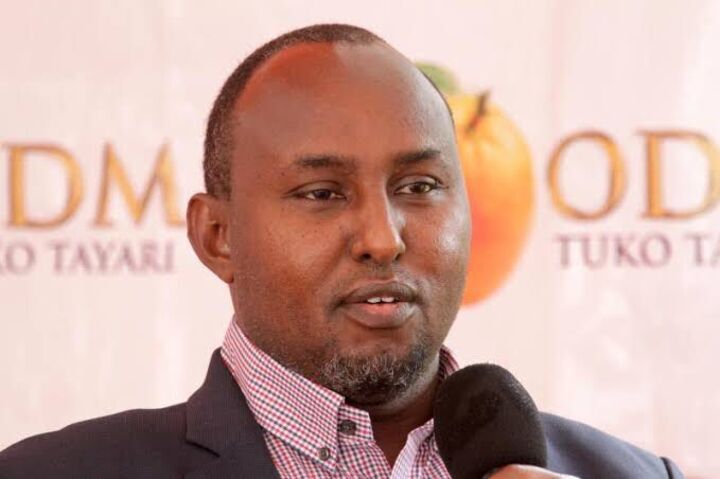 Suna East MP Junet Mohammed has reacted to a secret recording linking him to plans to rig the forthcoming elections.

In the recording which was widely shared on social media on Sunday, July 31, a man purported to be Junet is heard seeking a meeting with IEBC Chairman Wafula Chebukati.

The MP is heard asking the man over the phone to organise a meeting with Chebukati and other top ranking officials at IEBC.

However, Junet has since issued a statement, denying intentions to rig the August 9 General Elections further flagging the recording as fake.

He said the audio was doctored by his political opponents in a bid to defame him and the Azimio One Kenya alliance.

“Junet Mohamed urges the public to ignore the video, which appears to be one of the last desperate acts of a dying political campaign that has been based on years of lies, innuendoes, mudslinging, arrogance, chest-thumping, name-calling, insults and now – waking up to the reality of a lost election – is on a sympathy seeking spree,” the statement read.

The controversial MP also urged the relevant authorities to launch a probe into the same and arrest the culprits.

“Junet invites investigative agencies to move with speed and investigate the matter, unearth the perpetrators and bring them to the law,” the statement added.

Listen to this clip carefully. pic.twitter.com/T2iFaIAAAa

This is what Kenyans had to say about the claims.

Joseph Njuge: It won’t be the first time. Last meeting We remember was to help the current victim become DP. He fell out with the bosses. This time is his to endure.

Kenyan Son: You are such a pathetic liar and full of self bravado. Of late you behave like Kenya is part of your village where you are the elder. You can’t run away from the recording,it’s clear staright forward,not manipulated. Azimio have no votes that’s why you are desperately doing this.

Fredrick Ngala: Desperate Move by Opponent to get sympathy votes. I don’t think it will work. Kenyans are already decided.

Charles Nderitu: We know you will always deny even if the Safaricom produces the clip or we get a CCTV footage of the same you still not accept.