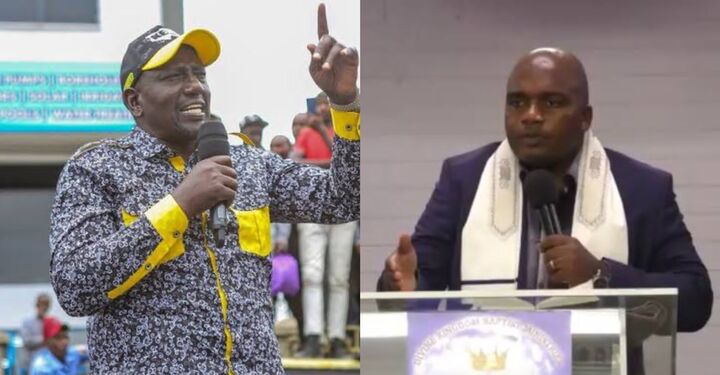 In a video widely shared online, the prophet noted that God had given Kenya a chance to have an intercessor associated with spiritual alignment and renewal.

This comes barely a week after Zambian politician Fred M’membe claimed that Raila Odinga was supported by international mining companies seeking to pitch camp in Africa.

Speaking during a conference dubbed, Mining for Change on Wednesday, July 22, the politician maintained that he had prove of the allegations he made.

He noted that sponsoring influential individuals, especially those in the political space, is not happening in Kenya alone.

“They are sponsoring puppets in all these Bantustan countries including South Africa, Zimbabwe and Zambia and  I can prove it. If anyone wants to challenge me, I am ready

“They are trying to sponsor puppets in Kenya in the coming elections. The foundation has gone there with some Zambians from State House, where they are supporting Odinga Raila,” M’membe said.

M’membe said the foundation was targeting individuals whom they feel they will allow them to continue micro-managing African countries if they win elections.