Fox News TV presenter Emily Compagno is under fire over a statement he made over pregnant women voting rights in Kenya.

Speaking during a discussion, the TV personality sensationally claimed that pregnant women are not allowed to leave their houses to vote.

Compagno made the remarks during the Gutfeld Show while comparing US voting rights to those of other countries.

“The insularity of these celebrities is so asinine to me! It is so nauseating. These comments are totally delusional

“We have less voting rights? What about in Kenya where pregnant women can’t leave the house so they absolutely have no constructive right to vote?” She said.

The sentiments has since sparked reactions from Kenyans, especially on Twitter who have demanded the journalist to retract her statement and apologize.

Below are some reactions;

Fox News just showed us an example of people whose brain shuts immediately when their mouths start running. Which Kenya is Emily compagno talking about?

😳 @FoxNews!
What is this? What is @EmilyCompagno saying? That in Kenya pregnant women can’t leave the house so they have no right to vote? What does she imagine our country is like? That statement is incorrect, misleading, condescending and should be withdrawn. pic.twitter.com/nHAoj9puZK

Emily Compagno was reckless in her thoughts.But what pained me most was the laughter from the panelists. That in itself shows how lowly @FoxNews crew thinks of Africans.

We not only need an apology from @FoxNews,but also a 30minutes documentary on kenyan women and their rights.

Emily Compagno of Fox News is a prime example of how Americans are ignorant and cut off from reality outside their states. Most of them google two seconds and hold information they find online as fact ! What a poor representation @FoxNews your caliber of employees is 🗑️

Emily Compagno on Fox News says that Pregnant women in Kenya can't leave the house & therefore lack the right to vote. What kind of garbage is this? Which Kenya? We even allow Pregnant women & elderly citizens to skip the line to vote! She must apologize!pic.twitter.com/FqYZKiQ0zp

Fox News is a disgrace for letting deluded socialite bimbos like Emily Compagno lie to their audience. Which Kenya is she even referring too? The confidence she uses to posit his delusional remarks about our pregnant women and their voting rights is something so classified!! pic.twitter.com/ub0q5K00qP

Emily compagno wanted to sound factual by randomly mentioning a country in Africa to use as an example in her statement. Well, she chose the wrong one!

Which Kenya denies pregnant women right to vote? Emily Compagno on fox news is a living proof that too much make up inhibits proper thinking. She must apologize. Kot must teach her a lesson. pic.twitter.com/qNigTTFJYS

The problem is not Emily Compagno's ignorance, insensitivity and narrow mindedness: The problem is Fox News that has given such a clueless woman a platform to misinform her audiences about in Kenya and her pregnant women and voting rights. pic.twitter.com/0nOHaKnQ8c

Emily Compagno is an example of how many whites are IGNORANT, STUPID and UNINFORMED

Many Kenyans are wondering which Kenya she was talking about but believe me many FOX NEWS viewers believed every word she said.

This is not the first time Compagno is making a controversial statement, in December 2019, she cheered a CEO of a digital mortgage company who fired over 900 employees over a Zoom call.

Speaking on Fox TV, the journalist reportedly repeatedly exclaimed that she loved the move by the CEO.

Compagno argued that the employees actually deserved to be terminated due to low productivity.

“I love that for 900 people, he stayed safe and he let them know that their theft was no longer tolerated. So, for me, good riddance. And I feel bad that he’s now having to capitulate to the other execs at his company and apologize for it

“Sorry guys, bye! For all of them, they are snowflakes. They’re probably millennials and Generation Zs. They need to learn work ethic,” she added. 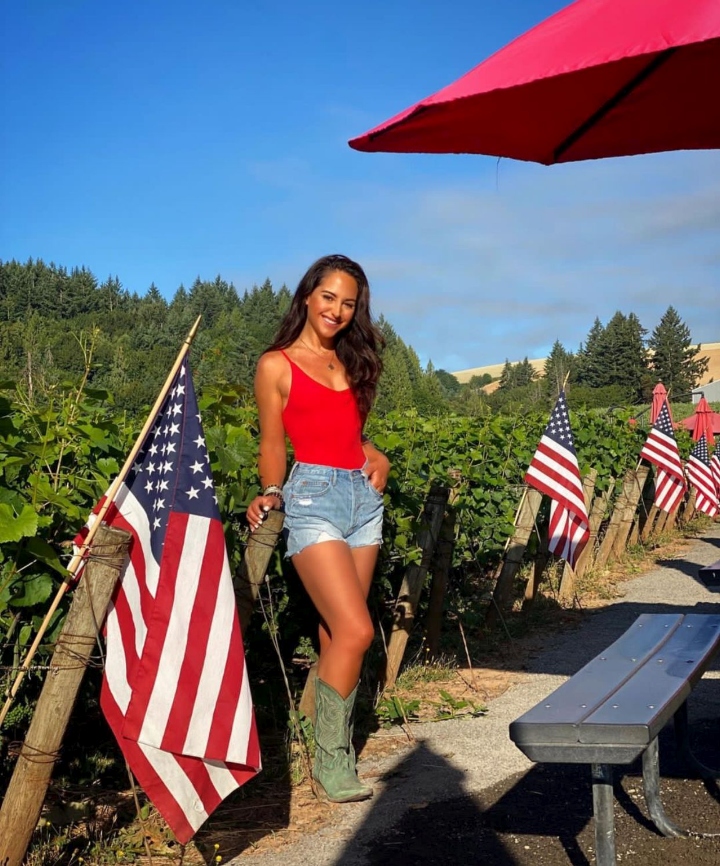