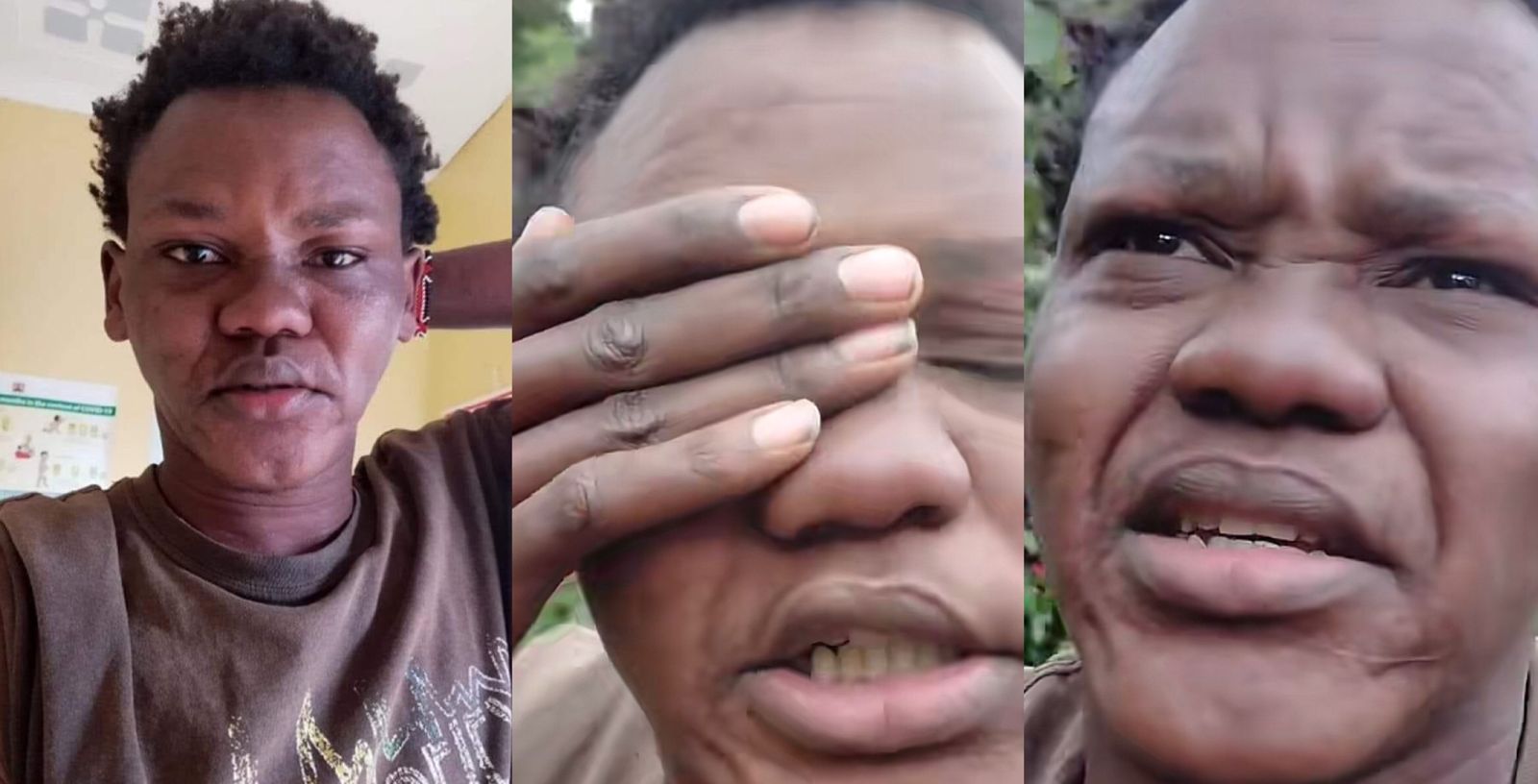 Popular content creator Aq9ine was admitted to the hospital in a serious condition after he reportedly ate a spider.

In a message to his fans on social media, the TikToke said he sought medical attention after after his chest started aching and fever was at 48℃.

The content creator asked for prayers in a video where he showed his swollen face.

In the video, Aq9ine also show rashes all over his face and hands, noting that it was as a result of eating the animal.

To caption the video, the content creator went all rogue stating;

“If this is my last video, it has been fun entertaining you and risking my life as well..I love risks coz we live a risk..We all gon die so f–k it..Much love comrades.”

The video went viral across all social media platforms with netizens slamming the content creator for endangering his life.

However, Aq9ine responded to the trolls saying he will continue with his content, further promising to coook a frog or a snake.

Check some of the reactions below;

Wangari Ndungo: This can start an infectious disease outbreak the way ebola or covid 19 started.this guy needs to be detained in hospital without human contacts. He seems to be desperate for fame.

Devinah Matoke: This one will start eating human beings very soon. He has eaten a bat, spider, rat and he is planning to eat a frog, snake and housefly too.
I guess the bhang he uses has really affected him. He really needs to be rehabilitated before he dies or introduces another wave of covid or ebola.

Milkah Adhiambo: He should be arrested for trying to commit suicide when he feels better…who does what he’s been doing?

“After siku nne after kukula bat, nilishikangwa na kihoma, a running nose for like six hours

“In those six hours, I had taken at least four different kinds of medication and none appeared to be working,,” he said.

He also disclosed that he would soon after develop an incessant cough as well as chest pains that would not abate.

“When I coughed blood, I got really worried, but then I said, It is what it is, I did not go to hopital, mimi nachukia hospitali mbaya

“I was feeling really cold although Meru was sunny at the time, then I developed what felt like sores on my throat,” Aq9ine said.