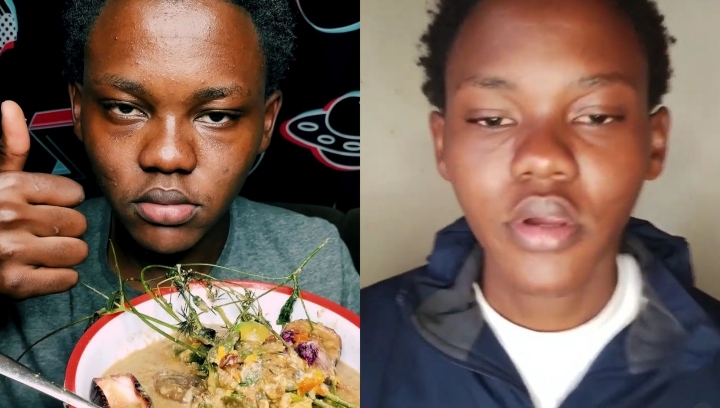 Controversial content creator, Aq9ine who recently came into the limelight after eating a spider has opened up on his failed relationship.

The TikToker engaged her Instagram followers in a Q & A session where he tackled different questions including his love life.

Aq9ine disclosed that he is single since he was dumped by his girlfriend because of online trolls which took a toll on him.

“My girl left from online trolls and threats which led to her being attacked at her home. That’s why you should hide your girls. Streets are not safe,” he said.

As earlier reported on GOTTA.news, was admitted to the hospital in a serious condition after he reportedly ate a spider.

In a message to his fans on social media, the TikToke said he sought medical attention after after his chest started aching and fever was at 48℃.

The content creator asked for prayers in a video where he showed his swollen face.

In the video, Aq9ine also show rashes all over his face and hands, noting that it was as a result of eating the animal.

To caption the video, the content creator went all rogue stating;

“If this is my last video, it has been fun entertaining you and risking my life as well..I love risks coz we live a risk..We all gon die so f–k it..Much love comrades.”