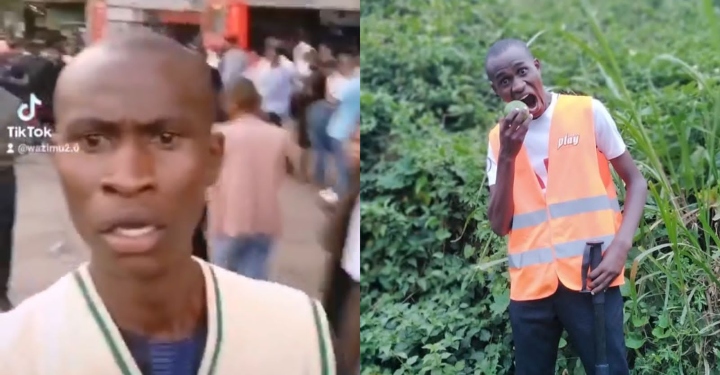 Popular TikToker Ian Asunya, popularly known as Nduru Man has disclosed that he is a family man.

In an interview with SPM Buzz, the content creator disclosed that he is a father of three; a daughter and a set of newborn twins.

Nduru Man said his twins were born on Tuesday, July 12.

The TikToker also spoke on how his family reacted to the type of content that he shared on his social media platforms.

Nduru Man says his family members have no issue with his choice of content provided he is making clean money and supports them.

In a past interview, Nduru Man disclosed that he sired a child with an Arabic girl who left immediately she gave birth.

He said she left their child under his care and left, never to be seen again after being influenced by her dad.

The comedian said his baby mama was later married off to a man in Dubai where she relocated to after leaving Kenya.