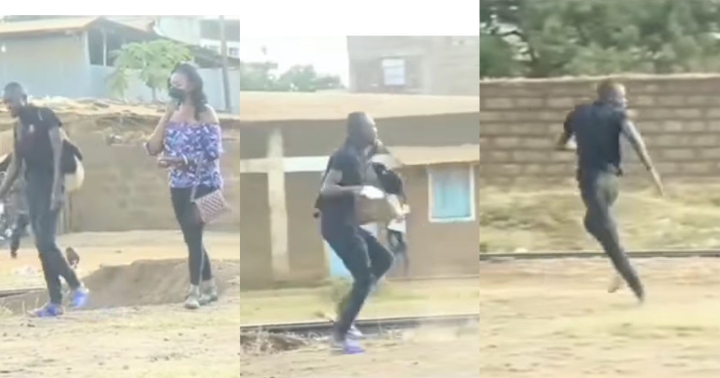 This time around, the triplets pranked an unsuspecting man who screamed and scampered for his safety after being pranked by one of the three ladies.

In the video, the prankster approached the man who was going about his business and engaged him in a brief conversation.

In the short snippet shared on various social media platforms, the lady approached the man and asked why he was afraid of her.

She then asked the seemingly tensed man to five her whatever he was eating to which he gladly handed over.

The prankster took a small bit of the edibles before handing it back to the man who was already walking away.

Moments later, the lady unmasked her face to scare the man with a vampire teeth prop that she had put on prompting the man to run for his safety.

The man screamed as he ran away and throwing his items all over attracting attention from the members of public.

The video sparked mixed reactions from netizens as seen below.

Ashioya Atika: It’s not funny at all. It may kill someone else.

Wambui Kiriko: But me sipendi hii prank, it could be fatal.