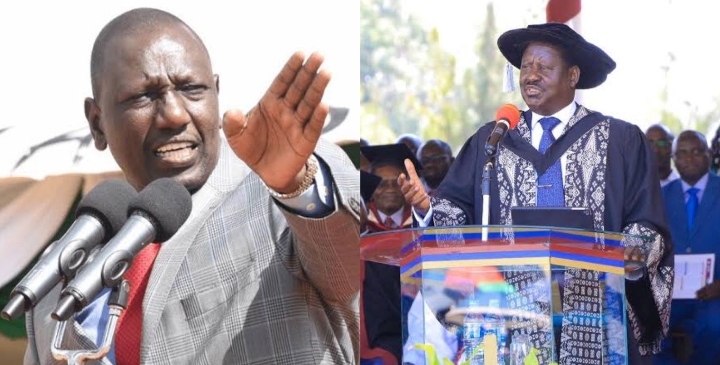 The document presented by the ODM leader showed that he earned a degree in Mechanical Engineering and Welding at the Otto von Guericke University Magdeburg.

Information on the document showed that Raila completed his engineering course at the institution and he was awarded the academic title of graduate engineer.

“… having fulfilled the requirements of the faculty of Metal Process Engineering and having satisfied the examiners in the faculty and obtained an aggregate grade of good, is hereby awarded the academic title of graduate engineer,” the certificate read.

DP Ruto questioned Raila’s academic qualifications during a public rally in in West Mugirango, Nyamira County, claiming that he lacked a degree.

The second in command was speaking in defense of Nairobi Senator Johnson Sakaja who has been on the spot over his degree.

DP Ruto said that the deep state was out to frustrate the Nairobi County gubernatorial seat aspirant ahead of the August poll.

“I am telling you Jubilee leaders, leave alone Sakaja, he has enough certificates. If there is someone with questionable certificates, it is the Azimio Presidential candidate,” the DP said.

Elsewhere, Raila is named among the notable alumni of the University of Leipzig in Germany.

The former Prime Minister’s name is listed as number 41 among other top individuals including former chancellor of Germany, Angela Markell and renown philosopher Fredric Nietzsche.

The university described Raila as a politician, university teacher and a businessperson before listing his political career.