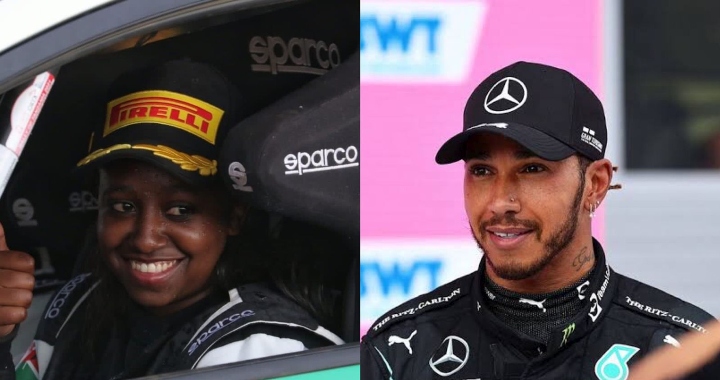 Wahome, 26, made history after becoming the first female driver to win a round in the concluded rally event held in Naivasha, Nakuru County.

She emerged winner in the WRC3 category of the event.

The WRC3 junior category is the arrive-and-drive still forming part of the World Rally Championship whose participants must be born on or after January 1, 1993, and contest using the Ford Fiesta Rally3 cars.

Following the win, Hamilton shared a screenshot of a tweet from Autosport celebrating Wahome for her victory.

“History made! Maxine Wahome has become the first woman to win a round in the WRC’s WRC3 class at Safari Rally Kenya,” the message read.

Hamilton posted the hands up emoji to celebrate Wahome’s milestone. 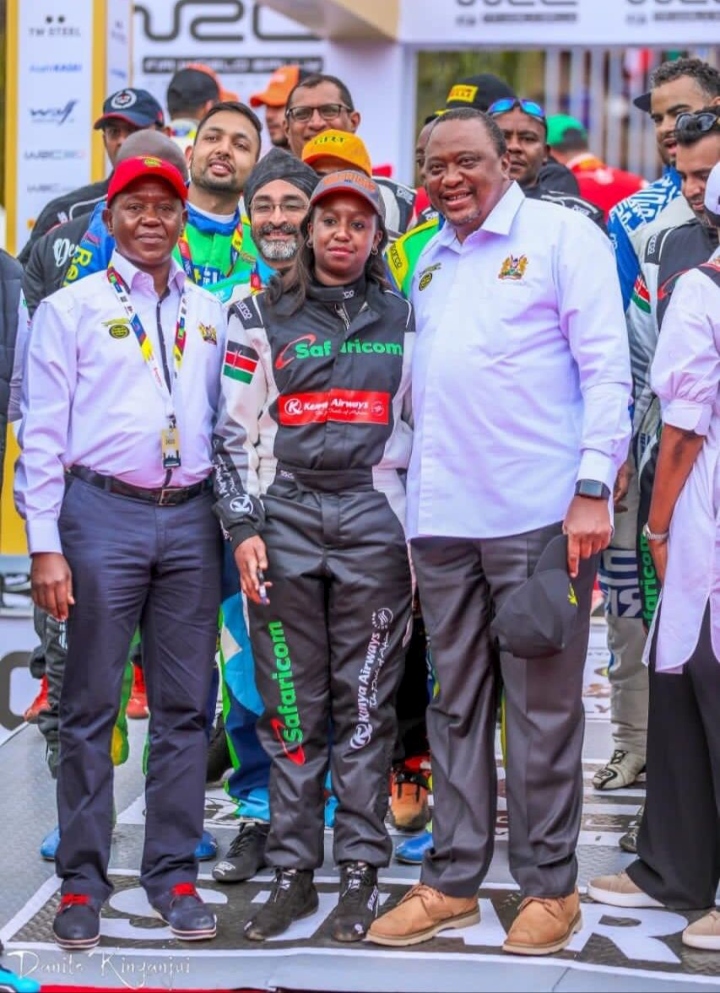 Speaking after the race, Wahome thanked her team and sponsors for helping her achieve the lifetime achievement.

“I am very excited about finishing the rally which is among the toughest in the world. I am grateful to my team for supporting me through the preparations and the rally itself

“I am also grateful to my sponsors for giving me the privilege of being the only female driver who competed and finished at this year’s WRC Safari Rally. I hope more women will compete next year and we can make history,” she said.

She also stated that she experienced challenges during the race but she was determined to win.

“It was a tough rally extremely tough one especially for me with a brand new car but my goal was to learn the car, take every day take it step by step that’s what brought me here,” Wahome stated.

Speaking at the event, President Uhuru Kenyatta congratulated Maxine Wahome for her win promising to support her in her future championships.

“We congratulate you as the WRC category 3 and promise you our continued support as you work your up the ranks not just in the Safari Rally but through the WRC ranks globally. We shall stand with you, keep up the spirit and the encouragement,” stated the Head of State.