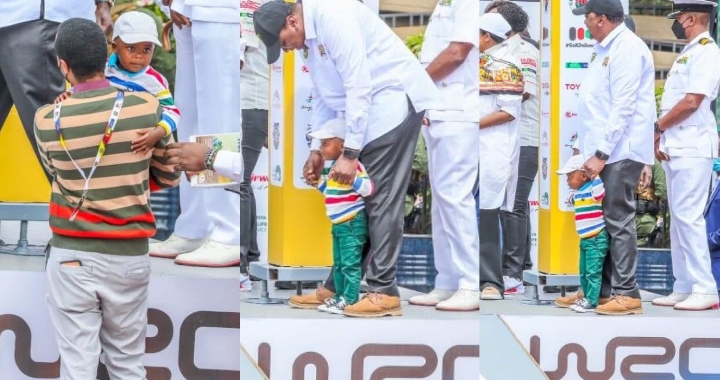 President Uhuru Kenyatta’s grandson has been spotted in public for the first time since he was born.

The Head of State was on Thursday, June 23 accompanied by his son Jomo and his grandson, Baby Uhuru to KICC where he flagged off the WRC Safari Rally Competition. 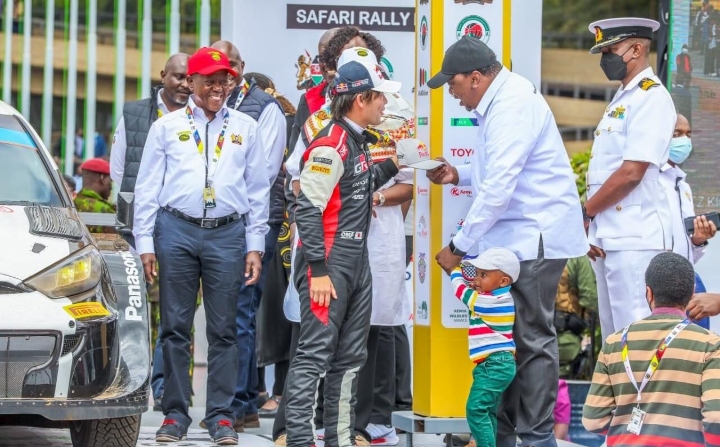 According to photos online, after Uhuru flagged off the competition, Jomo walked to the stage and handed over his son to the President. 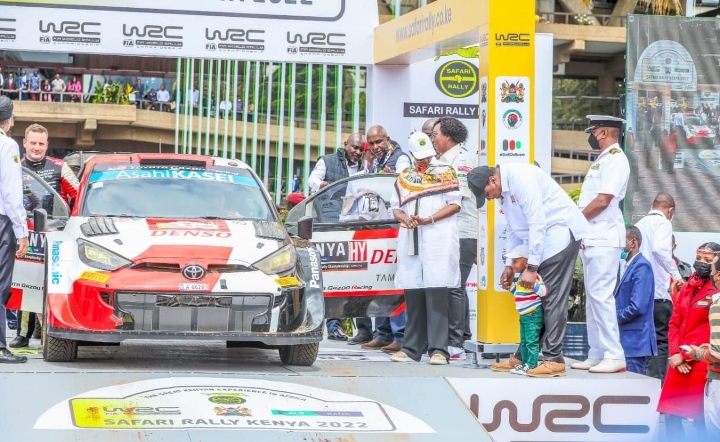 The two-year-old who seemed shocked at first bonded with his grandfather for a while before Jomo took him away.

Jomo married his wife, Achola Ngobi in a colorful traditional wedding in 2017 before an invite-only wedding ceremony at State House, Nairobi. 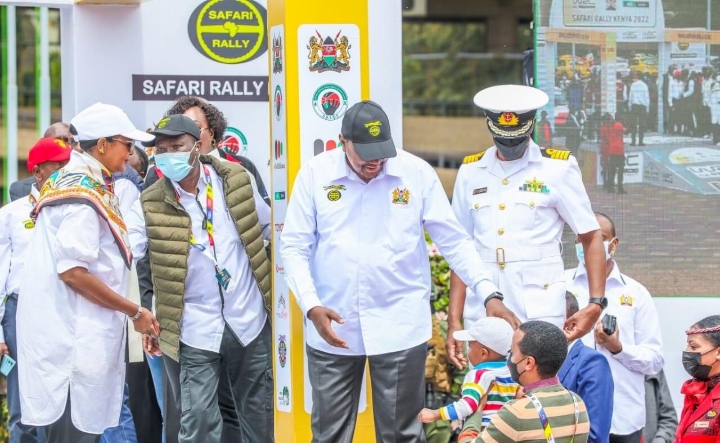 In May 2020, Jomo and Achola were now blessed with Baby Uhuru. 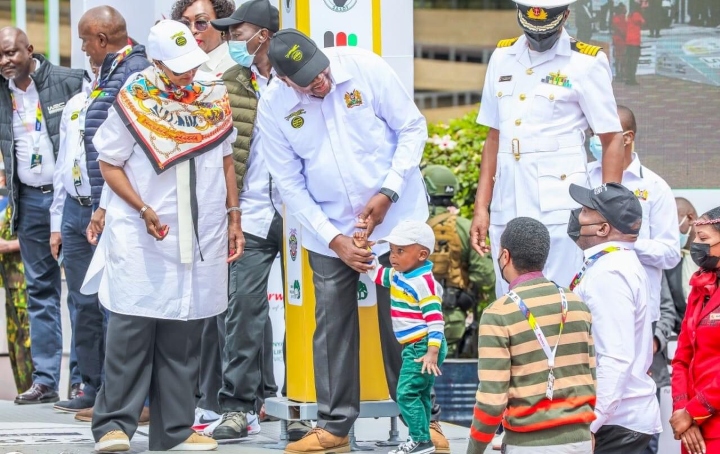 The Head of State bonding with his grandson PHOTO/COURTESY

Achola is the niece to Kenya’s Secretary of Defence, Rachel Omamo, and is of mixed Kenyan and Ugandan heritage.

She pursued her studies at the prestigious St Anne’s Diocesan College in KwaZulu Natal Midlands in South Africa.

The couple formalized their relationship in an invites-only traditional ceremony.

“Ngina Kenyatta, congratulations on your traditional wedding. May God fill your journey with blessings solidify your union with renewed love and importantly grant you a great family. HNIB agents wish you well,” Itumbi wrote.

The couple share a son who was born on the evening of September 16, 2021, at a Nairobi hospital.