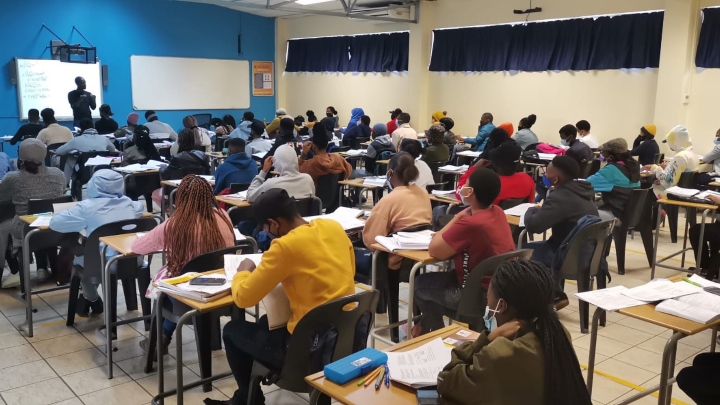 A netizen has stirred up a hornet’s nest online after urging Americans and other Westerners to shun American colleges for top African universities.

In a viral TikTok video, the commentator claimed the Western universities, notably those in North America are outrageously expensive.

The commentator who goes by the name The Rohrs Team said top African Universities were underrated even though they were academically at par or sometimes better than their equivalents in the Western countries.

“African universities are far better than the Western world gives them credit for. With many of the top universities in Africa out competing their equivalents in the western world”

He said the reason why African universities had not gotten any recognition was because such acknowledgement would disrupt the gravy train.

“ And you better believe they want that gravy train to continue. They don’t want Western students to realise that they could get an African education that would be the equivalent or better without going into massive student debt.” He said.

He further demonstrated that the course work at African universities was thorough and more rigorous compared with an equivalent Western universities.

The econometrics and maths scholar used the curriculums of the department of Mathematics from the University of Ghana and University of Lagos (both top african universities) to demonstrate the rigorous requirement of the degree course.

“It’s a lot. It’s typically more than you’ll typically find in a Western university” he said in the review of the courses by the two universities.

“As far as the difficulty of the courses themselves, I had the opportunity to review both the exams and the homework from these universities and I can tell you that it is on par with what you would find in a good western university.” he said.

What’s more, in an interesting comparison, The Rohr’s Team tipped a typical African student to show academic seriousness as compared to their western counterpart.

He slammed the Western universities for propping up co-curricular activities over academics.

“In the western world there is an emphasis on football teams, partying and everything except for education itself” he said.

University of Cape Town was ranked number one in Africa in 2022 global rankings. Photo/courtesy

The video elicited mixed reactions from the Tik-Toker’s followers, with a majority backing his assertions.

El Gordo: That’s why a lot of African kids are smart when they come over here (to mean America)

Nanaesi Amaosiwa: Please note that even in Ghana, University of Ghana’s curriculum is considered a bit easier than some universities in Ghana.

Mariah1234:  I studied Architecture in Nigeria and coming to the uk for masters without giving much effort I was topping my class which could never happen before.

user6915116359024 : Finally someone saying it the way it is. My husband had his med sch in Nigeria and I tell this! He is the best among his colleagues in US presently.

KenechukwuM: I think the problem with an African education or curriculum is that it’s not recent, it’s not updated often, no labs, no equipment, massive students number. 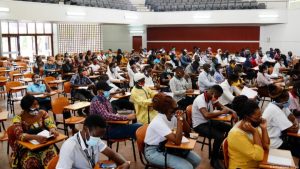 Students following a lecture at a University classroom. Photo/courtesy

Compare that to University of Nairobi (Kenya) which charges around 31,578 (KSh 3.9 million) for a Bachelor of Medicine and Bachelor of Surgery (MBchB) 6-year-course.