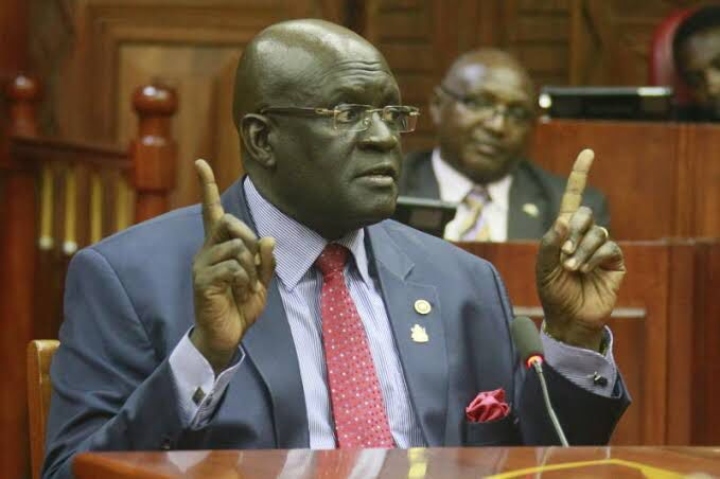 Prof Magoha passed away at the Nairobi hospital after a short illness on Tuesday, January 24 evening.

His death was confirmed by the Nairobi Hospital CEO James Nyamongi in a statement to the newsroom.

“Professor Magoha collapsed at home and was rushed to the Nairobi Hosiptal A&E.  Efforts to resuscitate him were unsuccesful.” Said Nyamongi.

The body of the deceased has since been transferred to the Lee Funeral Home.

Reports say Magoha was rushed to The Nairobi Hospital after collapsing at home and attempts to resuscitate him bore no fruit.

Magoha’s death comes just days after Maseno University announced the Prof would be joining the institution’s School of Medicine as a professor of surgery.

Magoha’s  family members and close friends had started arriving at Lee Funeral Home Tuesday evening where his body was moved.

At around 3pm today, I received a call from Magoha’s wife that she needed me urgently: Prof. Walter Mwanda recounts moments before the demise of Prof. George Magoha pic.twitter.com/rWS93TbOPk

Magoha’s death is a double blow to the Magoha family as his brother, Prof Richard Nyabera Magoha passed on in the US on December 6, 2022.

Prof Nyabera, 69, was set to be buried this Saturday, January 28.

In August 2021, the Prof George Magoha lost another brother, Charles Agunga Magoha, who died in Sweden.

The no nonsense professor joined UoN as a lecturer in Urological surgery in 1988.

He would rise through the ranks to become a full professor of surgery in 2000.

Magoha who leaves behind his wife Dr Magoha and son Dr Michael Magoha, will be remembered for his tough stance egainst exam cheating.

Prof George Magoha was sworn into office as Education CS on March 26, 2019.

I have learnt with great sorrow about the passing of Prof. George Magoha, EGH.

He would go on to serve until October 27, 2022 when President Ruto named his successor, Ezekiel Machogu.

2022 KCSE in Numbers: How to Check Results
George Magoha: Widow Barbara Shares Rare Details of their Four-Decade Marriage
To Top