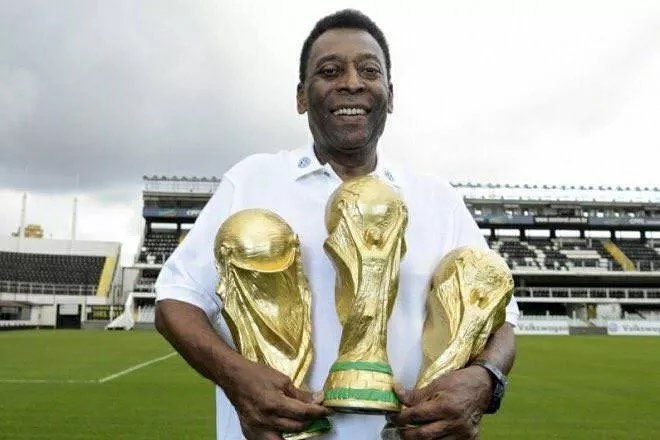 Pele, the celebrated global football icon, has died at the age of 82.

The football star, who won his first World Cup in 1958, had been undergoing chemotherapy since he had a colon tumour removed in September 2021.

Pele’s condition had been worsening and his family issued a statement last week that he would remain in hospital in San Paulo over the holidays.

In a statement on Wednesday, December 21, Albert Einstein hospital issued a statement to the effect that the star’s cancer had advanced forcing them to put the sportsman under “elevated care” related to “kidney and cardiac dysfunctions,” 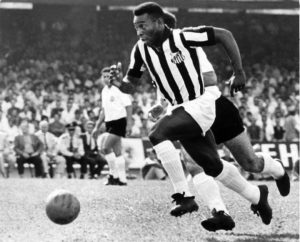 Pele in his heyday. Photo/courtesy

In the wee hours of Sunday, Christmas Day, Pele’s daughter Kely Nascimento posted a photo of the footballer’s wife, Marcia Aoki, and other family members gathered at the Albert Einstein Hospital where he is being treated. Pele was not visible in the image.

“Almost all of us. Merry Christmas. Gratitude, love, union, family. The essence of Christmas. We thank you all for all the love and light you send us,” wrote Kelly.

Pele congratulated Argentina and Lionel Messi following their World Cup win from his hospital bed, where he was reportedly watching the match.

“Congratulations Argentina! Certainly Diego is smiling now,” he wrote, in reference to another Argentine soccer great, the late Diego Maradona.

“Today, football continues to tell its story, as always, in an enthralling way,” he posted on Instagram.

“Messi winning his first World Cup, as his trajectory deserved. My dear friend, (Kylian) Mbappé, scoring four goals in a final. What a gift it was to watch this spectacle to the future of our sport.” 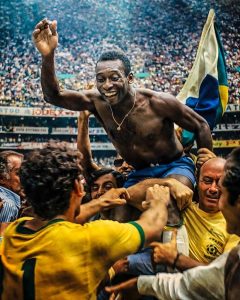 After the 1958 World Cup win, Pele was declared a national treasure by the Brazilian government.

The move aimed to ward off large offers from European clubs to ensure the star remained in Brazil.

READ ALSO: 10-Year-Old Pele Made this Promise to His Crying Father and Fulfilled It

Pele combined kicking power and accuracy with a remarkable ability to anticipate other players’ moves.