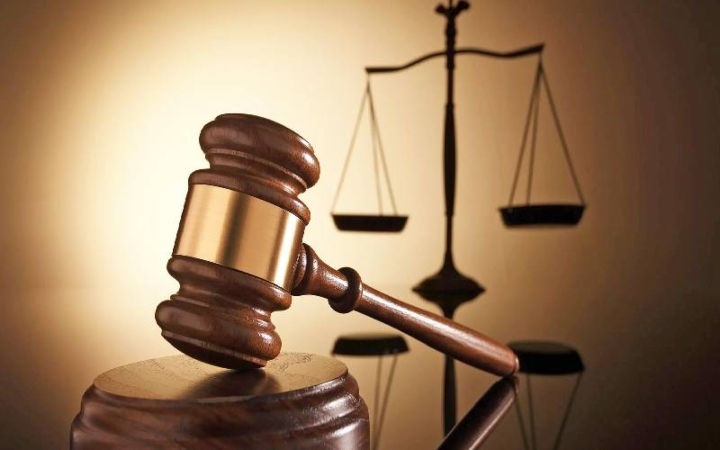 High Court Judge Justice John Onyiego has for the second time ordered a child, who had been earlier awarded to the father by a lower court, to be shared among the couple.

Justice Onyiego’s ruling is similar to his first in which the mother had failed to comply and vanished with the minor who has been missing for the better part of two weeks.

A moment of drama ensued as father of the child asked the judge to recuse himself from the case for the second time adding that he would appeal the ruling.

According to his earlier ruling Justice John Onyiego’s stated, “If any party served with this order and fails to comply, with the same, shall be cited in contempt of court and is liable for a fine or imprisonment for a period not exceeding six months or both.”

It is after the law caught up with her that the court promptly handed the child to then care of his father, former Scotland Yard Detective Kevin Hurley.

The mother of the minor in court. PHOTO/COURTESY

However, in a petition by the mother to the high court in which Justice Onyiego delivered his ruling on 21st of this month, the judge in what appears like a ‘paradoxical judgement’ tarried on the fact the mother was unfit, immoral and irresponsible yet went ahead to grant her shared custody.

“However,” said the judge in regards to the father, “the respondent behaved with distinction. He was responsible, caring and paid school fees for the minor, even bought him a home worth ten million Kenya shillings and is therefore best suited to be with the child” said the judge.

While making the ruling, Justice Onyiego further stated the father had one limitation. “He is a tourist enjoying stay in the country on a tourist visa!” he said.

As for the mother, the judge noted that she is a vexatious, and difficult litigant with no respect for court orders nor officers of the court including magistrates and children’s officers.

“She exhibited a high degree of dishonesty and is an irresponsible mother who keeps different men as lovers, often in her house,”

The judge further says, “She goes out at night scouting for wazungu tourists looking for money in exchange for sex,” adding that it is a lifestyle not conducive to positive development of the child.

The High Court Judge further says that she is unkind to the child whose performance drops and health deteriorates whenever he is with her.

“ Whenever custody was awarded to her, she disappeared to deny the father access,” in reference to a the two instances she sneaked to Nigeria to hide the baby away from then father where the law caught up with her as an illegal migrant.

According to section 174 of the penal code, stealing a child which has been described as taking a minor from lawful custody carries a seven year sentence.

READ ALSO: Child in danger as woman refuses to comply with court ruling