Tuesday, September 13 has been declared a public holiday for purposes of the swearing-in of President-elect William Ruto.

Head of Public Service Dr Joseph Kinyua announced the holiday on Tuesday, September 6, adding that a gazettement of the same will be issued later this week.

Kinyua is the head of the Assumption of the Office of President Committee.

“The day of the wearing-in shall be a public holiday of general observance throughout the territory of the Republic of Kenya. The formal Gazette notice will be issued later in the week,” Kinyua said.

He also announced that the ceremony will be held at the Moi International Sports Centre in Kasarani, Nairobi, between 10 am and 2 pm.

Swearing-in ceremony of president-elect William Ruto to be held at Moi International Stadium, Kasarani on 13 September 2022. This day will be observed as a national public holiday: Joseph Kinyua (Head of Public Service) pic.twitter.com/yUBvcA2mF6

On August 12, the assumption committee held its inaugural meeting chaired by Kinyua.

In a televised address, Kinyua noted that he chaired the inaugural meeting, adding that the committee will be making periodic updates of the process. 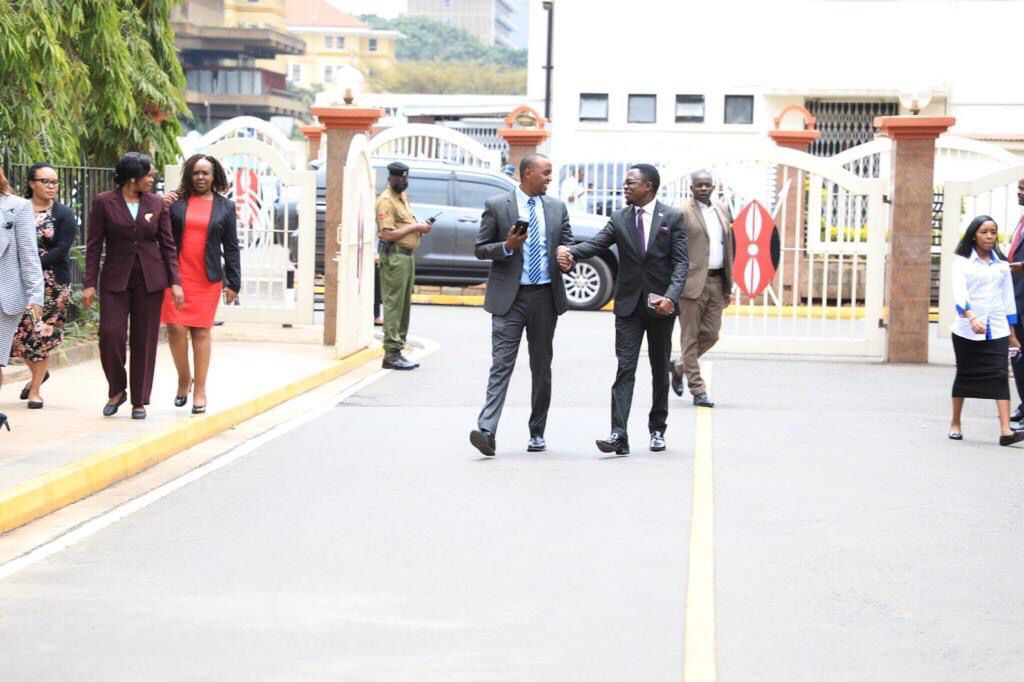