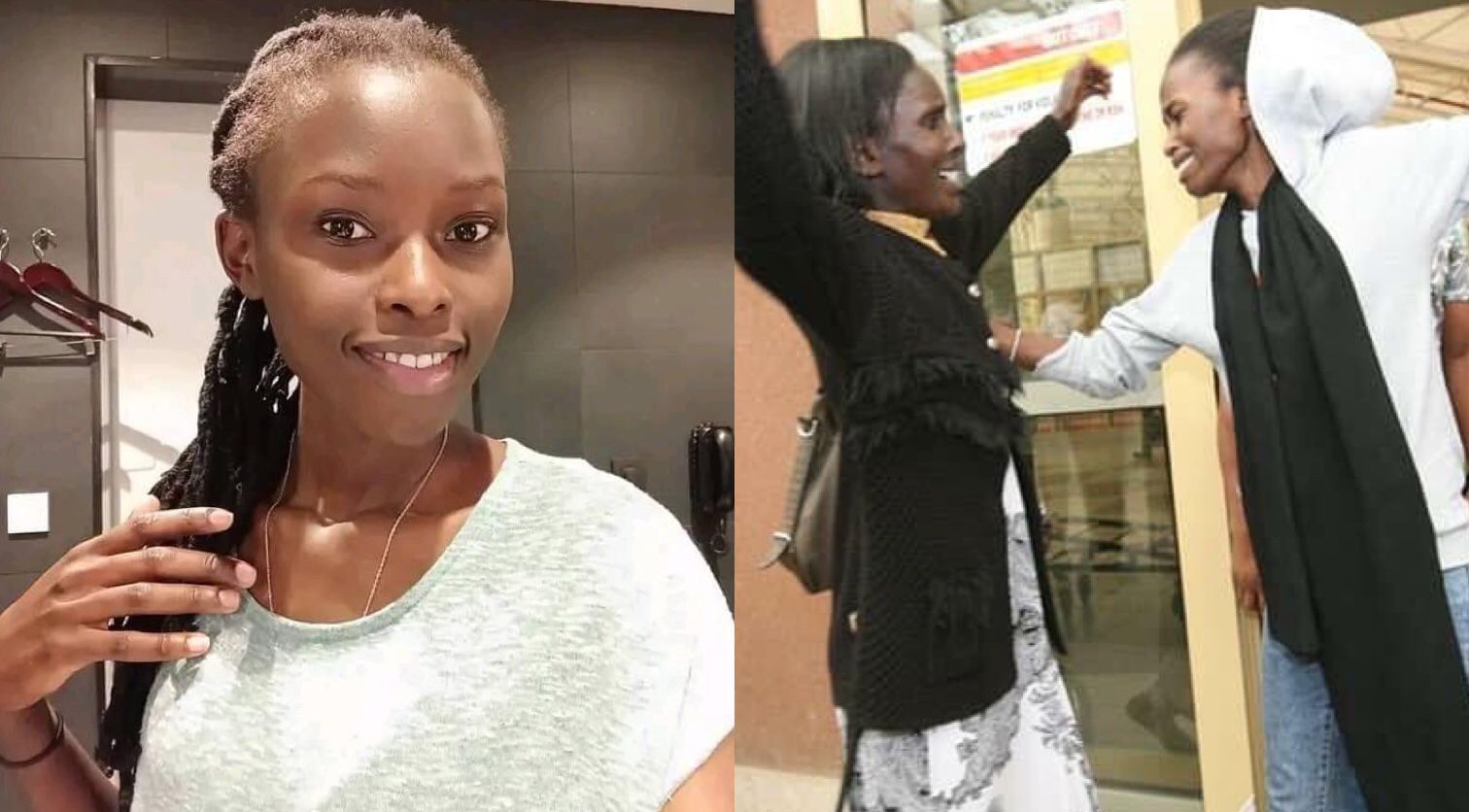 A Kenyan lady who was stuck in Saudi Arabia where she was working has arrived in Kenya and she was received by her mother and relatives.

Speaking to the press moments after landing, she spoke on challenges that Kenyan women working in the gulf county are facing and asked the government to intervene.

Chepkemoi noted that some Kenyan women working as house helps have been tormented to the point that they even forget their names.

“People are suffering there. My case is just a tip of the iceberg. My friends are suffering, some have been tormented and have even forgotten their names. I urge the government to intervene,” she said.

She explained that she flew to Saudi Arabia with hopes of getting a better life only for her to fall in the wrong hands.

“I left Kenya to go to Saudi Arabia with the hopes of getting a better life and to be honest, mine was just a tip on the iceberg, people are suffering there,” Chepkemoi said.

Chepkemoi came into the limelight days ago when it emerged that she was detained in Saudi Arabia.

Photos showed the young lady weak and her health deteriorated despite leaving Kenya while healthy and well-built.

Diana Chepkemoi: I left Kenya to go to Saudi Arabia with the hopes of getting a better life and to be honest, mine was just a tip on the iceberg, people are suffering there pic.twitter.com/sp0E2tP5tn

At the same time, the Saudi Arabia Embassy in Kenya has dismissed reports that Chepkemoi was mistreated claiming that it was a health condition.

The Saudi embassy in Nairobi said on Sunday that Chepkemoi suffers from a health condition.

“In reference to what was circulated on social media regarding allegations of a mistreatment of a Kenyan woman residing in the Kingdom of Saudi Arabia, the Embassy would like to clarify the following

“The woman suffers from a normal health condition and was not subjected to any kind of ill treatment,” the statement said.

Foreign Affairs PS Macharia Kamau found himself on the receiving end following remarks tht he made about Kenyans traveling abroad.

His statement came after AMREF Communications Director Lizz Ntonjira wondered why rights of Kenyans who travel to Gulf counties in search of employment are violated.

In response, Kamau said that the government had warned Kenyans from traveling to Middle East countries but they did not listen.

“We have told Kenyans repeatedly to stop sending this category of workers to Saudi [Arabia]. You’ve chosen not to listen,” he responded.