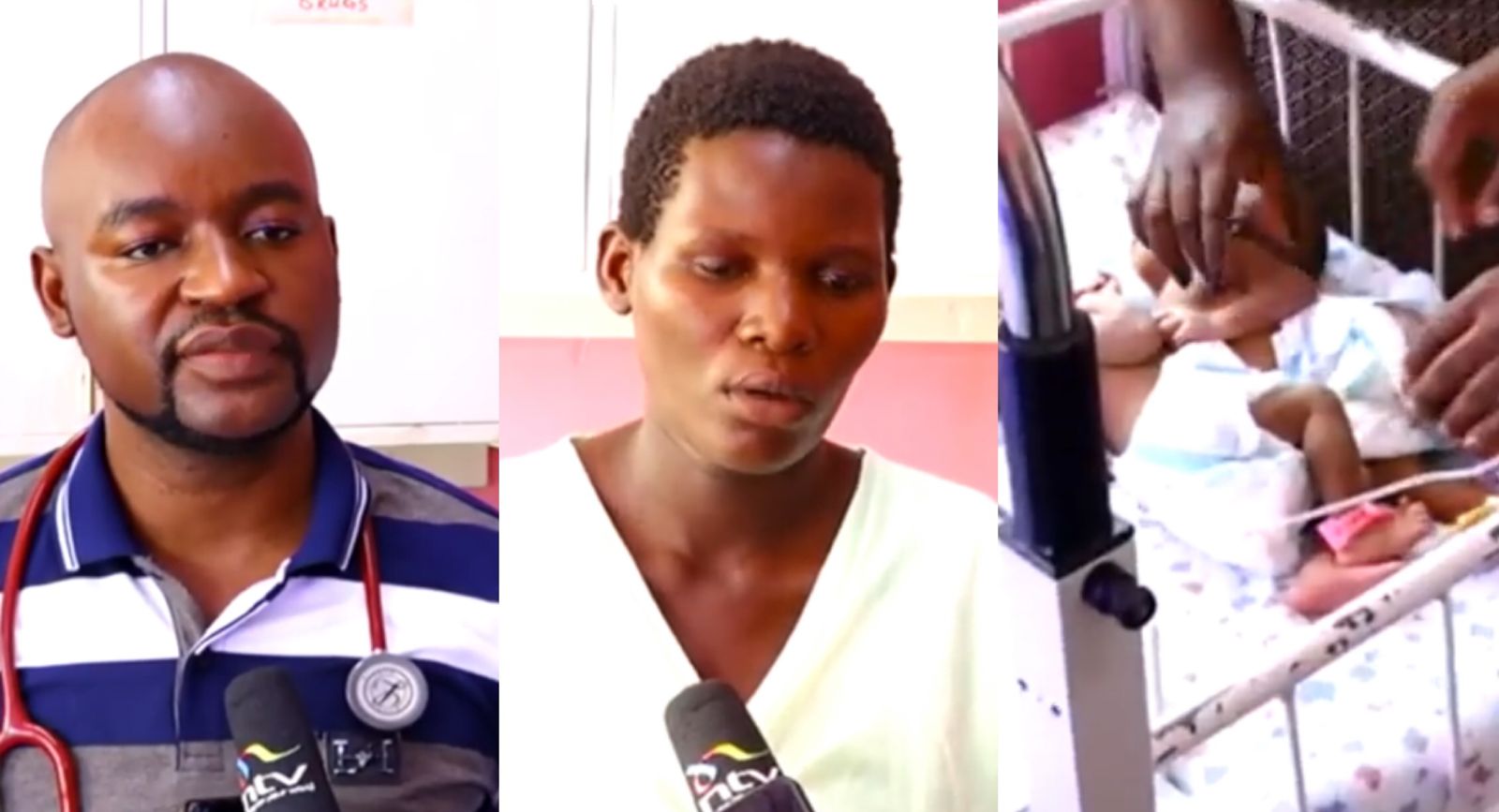 A woman from from Mayanja Vitungu, Kanduyi in Bungoma County has given birth to conjoined twins.

25-year-old Ruth Wechuli gave birth to the twins who are both boys at the Bungoma County Referral Hospital via caesarean section.

According to Dr Dickens Lubanga, the lead paediatrician at the hospital, the boys are conjoined at the abdomen.

He, however, noted that they are healthy and they are breathing on their own.

“The good thing about the twins is that currently, from the ultrasound most of the organs that they have are not shared; that’s including the heart, including the liver except some part of the bowels which seem to be shared but we have not yet confirmed. We will require a CT scan to tell us which part of the intestines is being shared,” Lubanga said.

Lubanga said the newborns will be transferred to Kenyatta Hospital for further assessment and separation.

“We are happy Kenyatta National Hospital has agreed to have them and we are hopeful the paediatric surgeons in Kenyatta will help separate them successfully,” he said.

The conjoined twins were attached by the stomach.

According to a report by Daily Monitor, the twins were delivered through a caesarean section but one was born still.

After learning that one baby was dead, doctors at Amuria Health Centre IV referred the mother, Loyce Alinga and her babies to Soroti Regional Referral Hospital, where upon assessment were sent to Mulago hospital.

While at Mulago, no doctor attended to the babies later when they were handed a letter discharging them without any attempt to separate the baby from its twin sister.

A staff member at the hospital gave them money to hire a vehicle, and off they left for Soroti hospital to seek assistance from the surgeons.

Upon arrival at Soroti, they consented to being responsible for any outcome of the risky operation before the critical procedure kicked off.

Dr Joseph Epodoi who led the operation said there was a layer of living cells separating the babies, adding that the twins were also surviving on different body organs, which made the surgery a success.