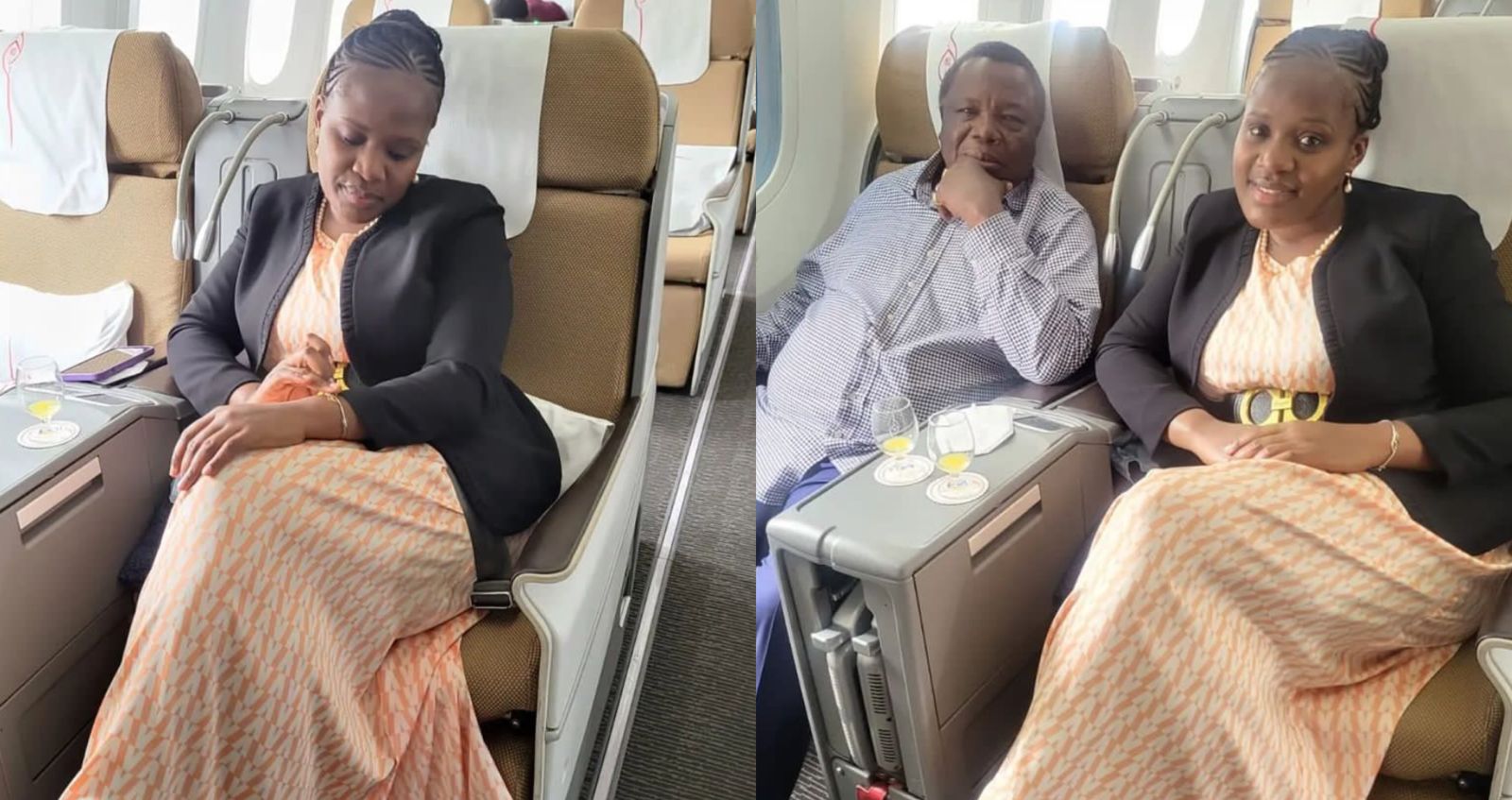 COTU boss Francis Atwoli and his wife KTN presenter Mary Kilobi on Saturday, September 10 flew out of the country.

The couple flew business class aboard a Kenya Airways plane, according to photos shared by the media personality.

In the photo, Kilobi wore a long peach dress, a black coat and completed her look with a black belt and a pair of black heels.

On the other hand, Atwoli wore a checked blue t-shirt, blue trousers and a pair of grey rubber shoes.

The photos sparked mixed reactions from netizens across social media as seen here.

@leudajane: l would really really love to meet you Mary and live in the UK. Your always such a good vibe. 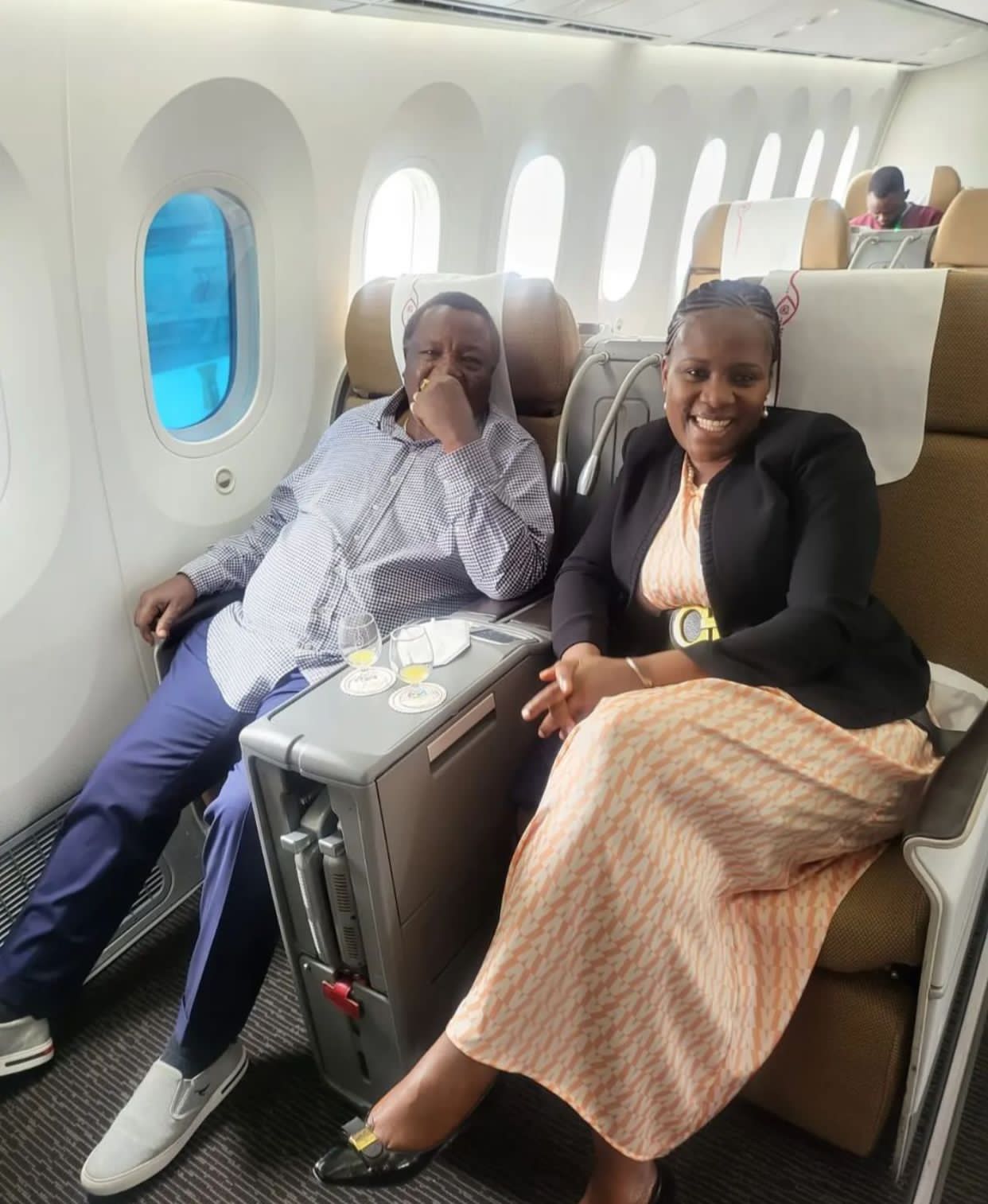