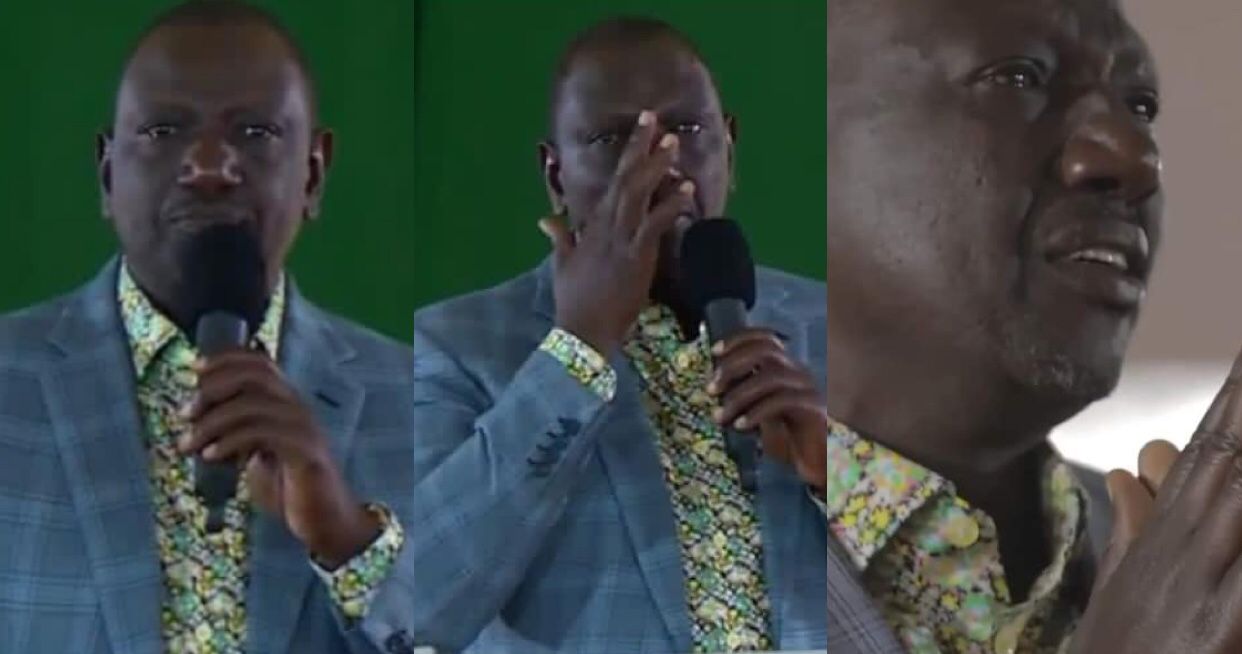 Deputy President William Ruto could not hold back tears during a prayer meeting at his Karen residence on Tuesday, August 2.

The meeting brought together members of the clergy to pray for the country ahead of the August 9 General Election.

After an intense session of prayers and encouragement, DP Ruto could be seen fighting back tears that were overwhelming him.

The DP was also seen holding back tears while speaking on the podium.

Ruto spoke on the importance of peace ahead of the August polls also reflecting on the challenges that he faced during the campaign period.

“We all know where we are as a country. We know the moments and we know the times and we know the challenges and I requested we have this moment of prayer together because of the weight of the issues that we are faced with in these last days before we go to the vote

“We have many schedules but the bible reminds us to seek the kingdom of God first. Thank you for coming to pray with my team and me. I underestimated this meeting but it has turned out to be something I never imagined,” he said.

Ruto also expressed gratitude to God’s for strength during their campaigns across the country, further attributed his troubles ho his fallout with President Uhuru Kenyatta.

He also hit put at President Uhuru Kenyatta for betraying him despite promising to support him in the 2022 presidential election.

“Let me say we are truly grateful as a team because we have seen God’s hand in this journey. The far that God has brought us and the many issues that we have overcome we have seen the hand of God

As earlier reported on GOTTA.news, DP Ruto slammed Uhuru over what he termed as threats directed to him, further saying that the latter is ungrateful and boastful despite being helped.
Ruto responded to the alleged attack by Uhuru, noting that he was ready to face him provided he doesn’t harm his children.

However, Uhuru fired back at the DP clarifying that he was not after his life.

Uhuru noted that he was looking forward to his retirement and he doesn’t intend to do any ill in his final days at the Head of State.

Uhuru added that he has persevered insults and humiliation from DP Ruto and his allies and it was useless for him to take action with limited time in office.

“You have insulted me for close three years, has anyone touched you? I was in office for those three years and did I not have the capability? Now that I want to hand over the government and I have limited powers, do you think I have time to look for you?” He stated.