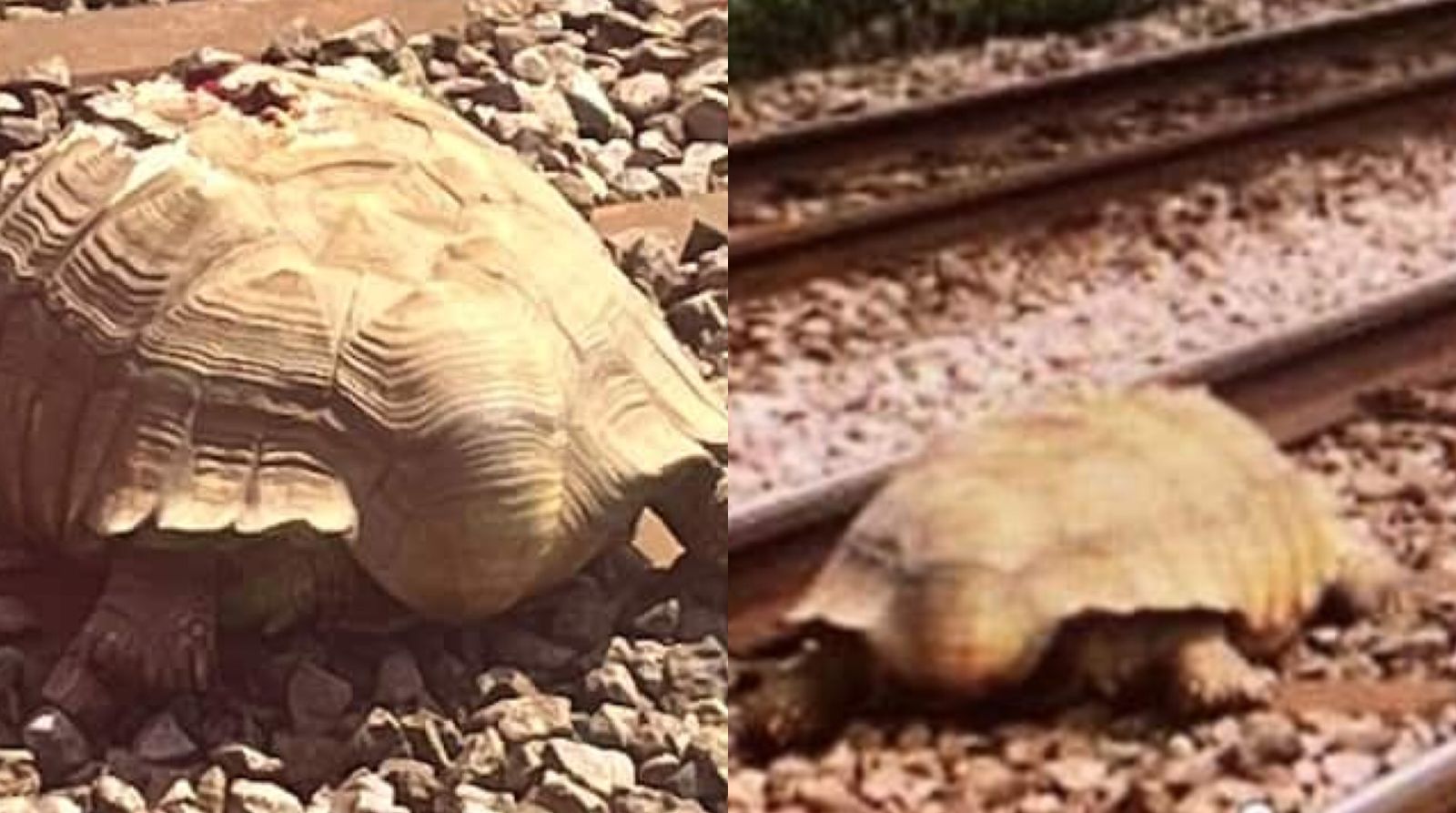 Drama was witnessed at a railway station in Norfolk after a giant tortoise got stuck on a track.

The tortoise which was injured left commuters stranded for more than one hour as it became too heavy to lift off the track.

Trains between Norwich and Stansted Airport were halted with the company noting that the train was blocked by animals.

According to Diane Akers who works for Greater Anglia Company, the tortoise had a hash on top of its shell making it impossible for it to move.

“it’s still alive but injured. i couldn’t believe my eyes to be honest,” she said. 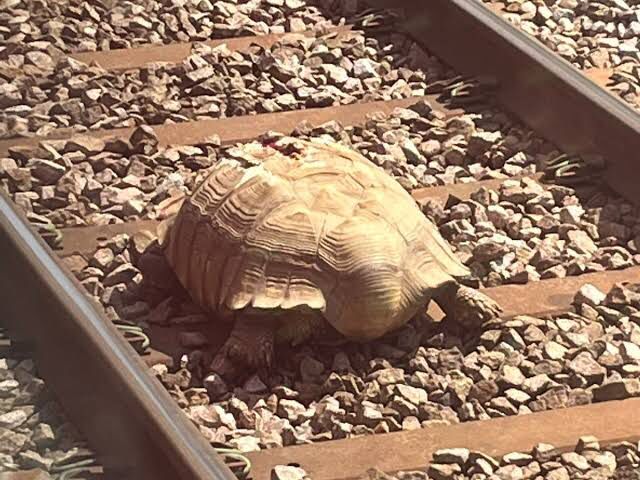 The tortoise stuck on the railway track PHOTO/COURTESY

In other news, a 60-year-old man was saved after falling on a railway track as a speeding train approached.

According to reports, the man on a wheelchair slipped and fell on a railway track at a train station in Budapest, Hungary.

However, the man was lucky after the train was able to stop without hitting the disabled man.

After a few minutes, disaster management officials hurriedly lifted him back to the platform and transported him to the hospital.

WATCH: DP Ruto Sheds Tears During Prayer Breakfast in Karen
August 9: US Cautions its Citizens Against Traveling to Kisumu
To Top