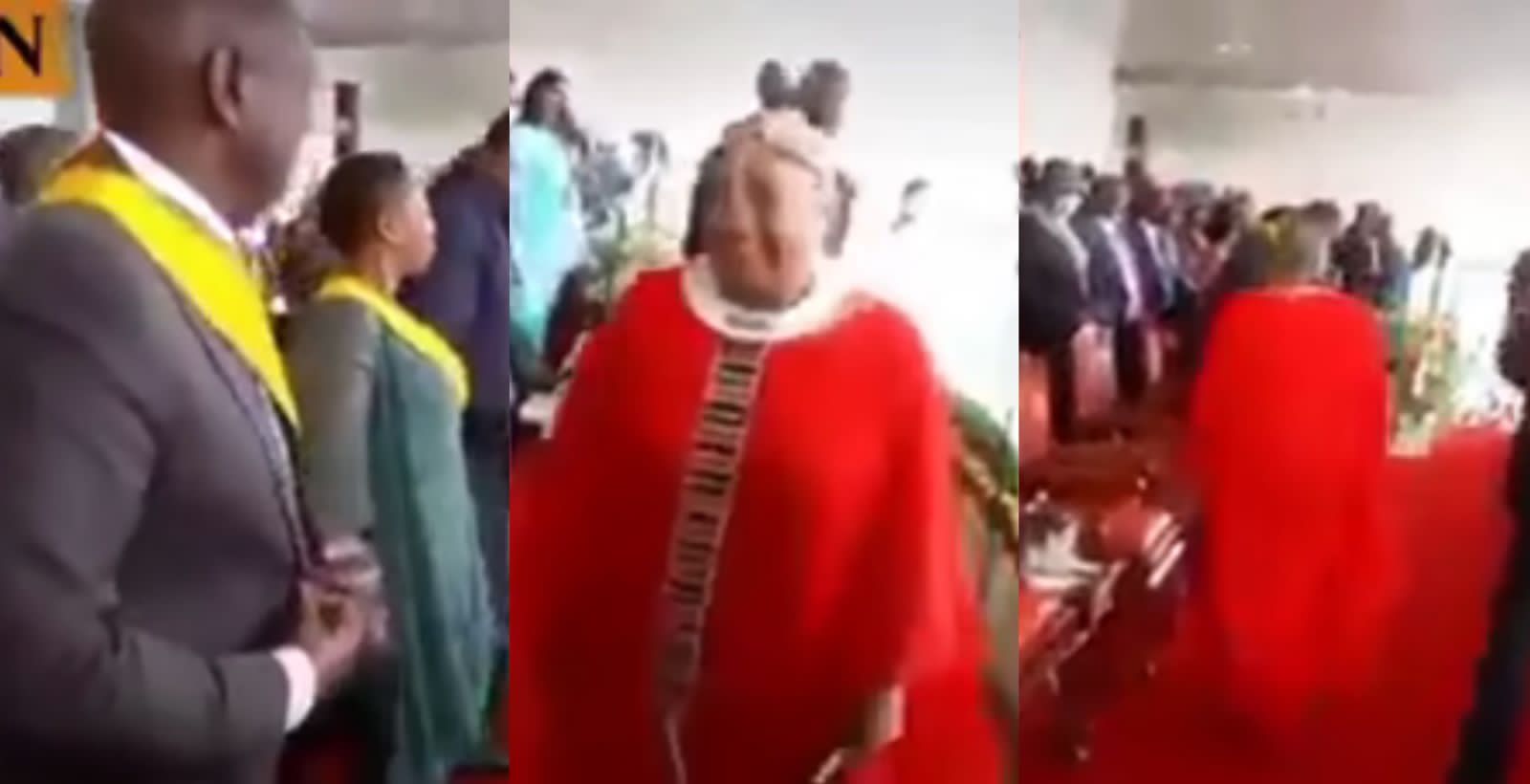 The video showed the First Lady walking past Ruto and his wife Rachel Ruto without greeting them.

It was taken during the Madaraka Day celebrations on Wednesday, June 1.

Margaret walked past the two and greeted Sierra Leona president Julius Maada before proceeding to sit down next to Ruto.

Also, during the same event, Ruto was denied a chance to address the crowd after the protocol was abruptly changed.

This is how Kenyans reacted to the viral video.

Muchiri Muugi: The humiliation was on another level. Day by day but luckily wananchi saw it all.

Muya Paul: This was the lowest they ever went, sikudhani huyu mumama angemfuata beans yake kukosa adabu to this level.

Ithe Wa Andu: I used to respect this lady so much especially when she began beyond zero campaign in all our counties. By the way is it still there?

Elsewhere, the Russian government has congratulated Ruto following his election as the president of Kenya.

The deputy president won the presidential election after garnering 7,176,141 votes; 50.49 per cent of the total votes cast.

In a statement on Thursday, August 18, the Russian Embassy in Kenya noted that it is looking forward to working with Ruto.

The Embassy noted that the Russian government is interested in developing a comprehensive and mutually beneficial cooperation with Kenya.

READ ALSO: Rigathi Gachagua Says Ruto’s Swearing In to Proceed With or Without Uhuru

“We are confident that the friendly relations between our two countries and peoples will be reinvigorated and further strengthened,” read the statement.