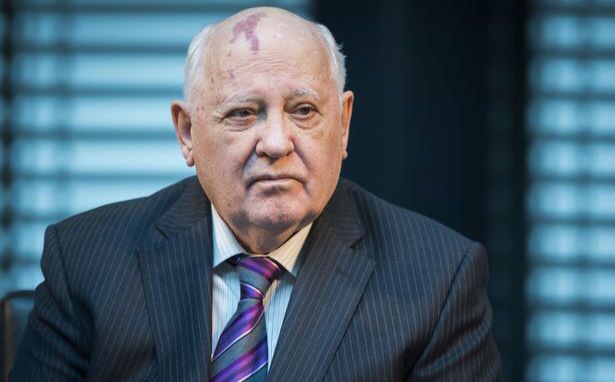 The last President of the Soviet Union, Mikhail Gorbachev, has died aged 91.

According to multiple sources, the leader who ended the Cold War died on Tuesday, August 30 in Moscow, Russia.

In a statement to news agencies, the Central Clinical Hospital said Gorbachev died following a battle with a long illness.

“Gorbachev died this evening after a serious and long illness,” the hospital said as quoted by Interfax.

He will be laid to rest in Moscow’s Novodevichy Cemetery next to his wife Raisa, who died in 1999.

Gorbachev was mourned by among other world leaders US President Joe Biden who remembered him as a man of remarkable vision and courage.

“After decades of brutal political repression, he embraced democratic reforms. He believed in openness and restructuring, not as mere slogans, but as the path forward for the people of the Soviet Union after so many years of isolation and deprivation,” Biden said in a statement.

One of the great figures of the 20th Century, Mikhail Gorbachev’s pursuit of reform forged a path for diplomacy over conflict.

He will forever be remembered as the last leader of the Soviet Union who had the courage and conviction to end the Cold War.

Gorbachev led the Soviet Union from 1985 until its collapse in 1991.

He became general secretary of the Soviet Union’s Communist Party in 1985 before becoming its first and last president in 1990.

During his time in power, he introduced reform and openness of the communist system under the terms “perestroika” and “glasnost.

The Soviet Union dissolved in 1991.

In June 2022, international news agencies reported that Gorbachev was suffering from a serious kidney ailment.

At the time, it was reported that his condition was worsening and he was on dialysis.

Gorbachev Foundation spokesman Vladimir Polyakov explained that Gorbachev had been undergoing treatment for several years due to kidney problems.