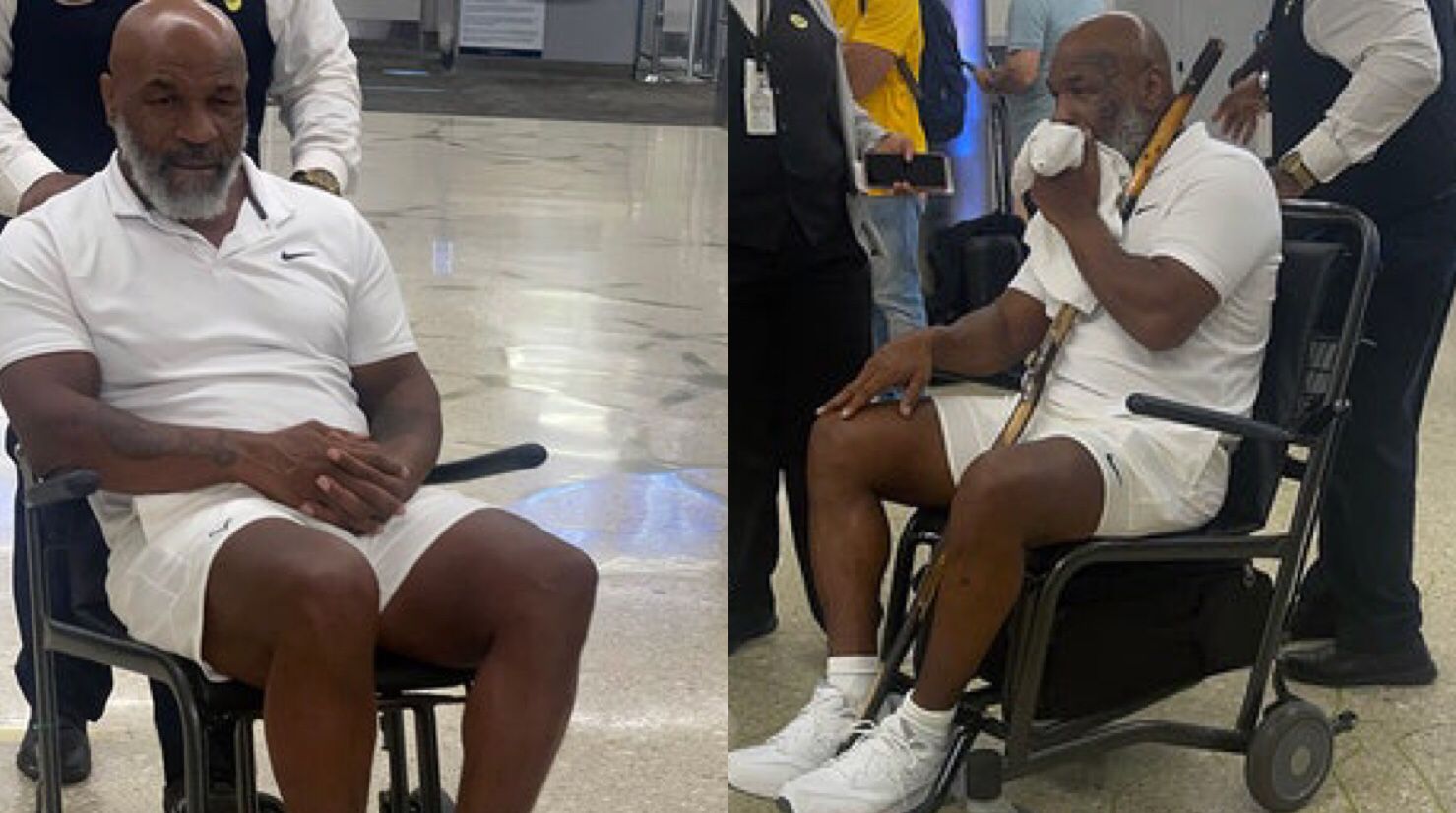 Photos of boxing legend Mike Tyson being pushed around in a wheelchair has emerged online sparking mixed reactions.

According to the photos, workers could be seen wheeling the 56-year-old around an airport In Miami.

He was also seen holding a walking stick.

It’s been reported that the former heavyweight champion is dealing with a “sciatica flare-up” in his back.

The condition occurs when the sciatic nerve becomes pinched, usually by a herniated disk in the spine or by an overgrowth of bone on the vertebrae.

Also, in rare cases, the nerve can be compressed by a tumor or damaged by a disease such as diabetes.

Mike Tyson captured in a wheel chair at the Miami Airport. pic.twitter.com/O3ckZl7vbo

This is how netizens reacted to the viral photos.

Erik Ramstad: Sciatica can be debilitating. It is a extremely painful problem. And a lot of the time, surgery is NOT the answer either. Sometimes surgery makes matters worse.

Anthony Kerry: He even predicted that he won’t live much longer. I hope he doesn’t leave us so soon. We need to see him in his 90+.

Beatrice Ramirez: Mike Tyson seeing you in a wheelchair at the airport it’s hard to see whatever your health problem is I wish you strength you have been a great boxer may God be with you always in the name of Jesus prayers for healing amen.

This comes a month after Tyson talked about his health and said his expiration date is coming soon.

“We’re all going to die one day, of course. Then, when I look in the mirror and I see those little spots on my face, and I say, ‘Wow. My expiration date is coming close. Really soon,” he said.

His latest remarks came weeks after he sensationally dismissed money as worthless to him, noting that despite of all the valuable possession, everyone will die anyway.

“Money don’t mean s*** to me. I always tell people they think money’s gonna make them happy, they’ve never had money before. When you have a lot of money, you can’t expect nobody to love you. How am I gonna confess my love to you when you have $500 billion?