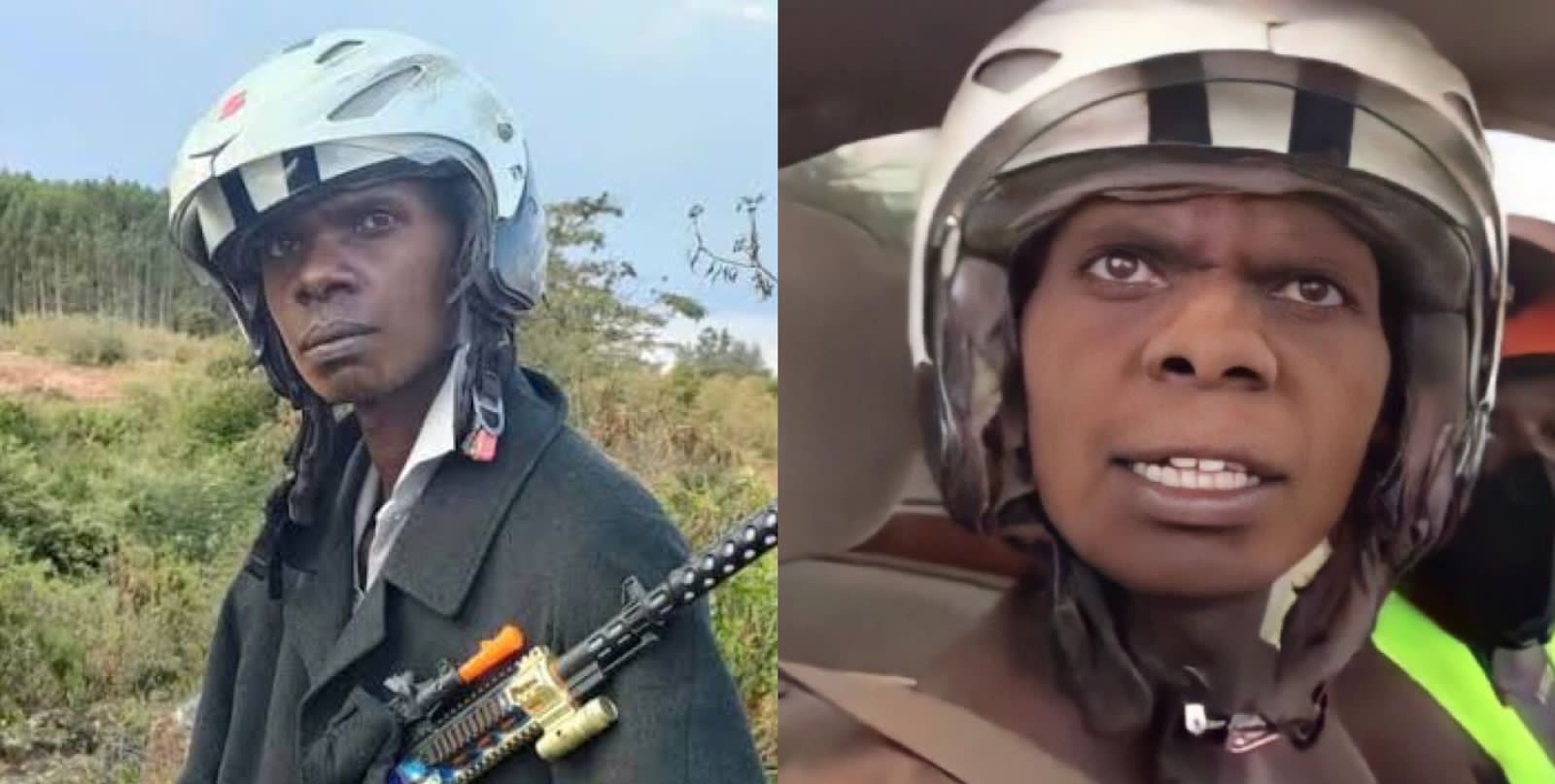 For the past few days, screenshots taken from comedian Kennedy Lang’at’s skit has been making rounds on social media with netizens using them to make memes.

The screenshots, mostly on Twitter, shows the comedian smiling in one frame and putting on a serious face on the other.

The photos were used to differentiate different situations which most people relate to.

In the viral video, the comic who is popularly known as Arap Marindich whomwa impersonating a rally driver was complaining of challenges that she faced during the race.

Accompanied by fellow comedian, Tula, who was the navigator, Marindich explained how they ended up in the bush while trying to navigate the map.

“The race was fun but unfortunately we found ourselves in the bush, look at these branches which stuck inside our car, we even almost rolled over. All we could see was white drivers passing us by in the bush,” said Marindich,” he said.

Arap Marindich a Kenyan 🇰🇪 comedian who has gone viral international for his amazing video clip in Kenya during the Naivasha Safari rally. pic.twitter.com/Rrz4BWgPe9

Marindich who works as a driver at Rongai Police Post also told how they ended up recording the video.

He stated that during the World Rally Championships (WRC) rally in Naivasha, he met with Tula who doubles up as his manager and came up with the idea of shooting the skit.

While at the event, Marindich said they happened to come across a car that had broken down and asked the owner if they could use it to do the skit.

“The driver allowed us to shoot inside his car and we drove for a few minutes but could not go far. Cars kept on passing by our car leaving behind clouds of dust and that is why I had the dust all over my face,” he explained.

He also hopes to advance in his career after the video went viral across social media platforms.

“It will now open more doors to expand my comedy career. I want to tell my fans that they should expect more jokes and more projects,” Marindich said.